Rivian raises another $2.5B in a private fundraising round

Rivian completed a $2.65 billion funding round in January and a $2.5 billion deal in July of last year and raised $1.3 billion in December 2019. 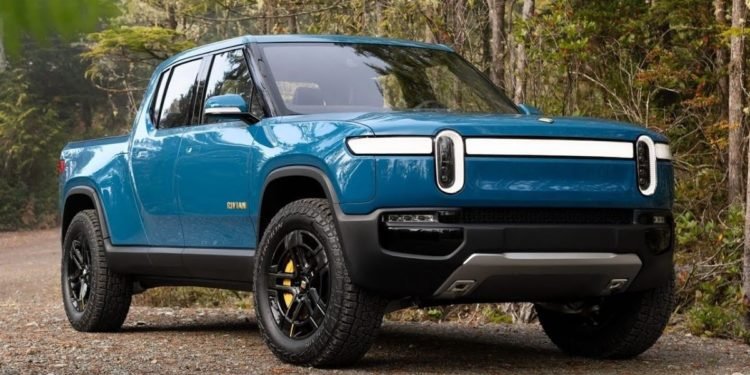 According to Rivian, Third Point, Fidelity Management and Research Company, Dragoneer Investment Group, and Coatue also invested in the round.

In 2017 it was developing an electric SUV and pickup truck on a skateboard chassis that could support future cars or be modified by other businesses. Both cars are semi-autonomous and intended for both on-road and off-road driving.

The firm had four major sites as of 2020. Its Irvine, California, offices are dedicated to vehicle engineering and design, propulsion and battery system development, and commercial functions. A site in Plymouth, Michigan, concentrates on vehicle engineering, prototypes, supply chain management, and accounting, while another in Palo Alto, California, develops self-driving technology and data.

In Normal, Illinois, a 2.6-million-square-foot (240,000-square-meter) plant produces car components such as battery packs. A paint shop, robotics, stamping machines, and other manufacturing equipment, such as injection molding, are available at the Normal factory. Offices for electric power conversion and advanced engineering are located in Carson, California, and the United Kingdom, respectively.

“As we approach the commencement of vehicle production, it is critical that we continue to look forward and push through to Rivian’s next phase of growth,” Rivian CEO RJ Scaringe said in a statement. “With the help of trustworthy partners, Rivian will be able to grow new vehicle programs, increase our domestic facility footprint, and accelerate international product rollout.”

Dan Sundheim, the founder of D1 Capital Partners, stated that the company is eager to expand its “investment in Rivian as it hits an inflection point in its commercialization and provides what we believe will be great products for customers.”

So far, Rivian has raised around $10.5 billion. The firm did not provide a post-money value.

The electric vehicle manufacturer currently employs 7,000 people and is set to launch its R1T pickup truck in September. Existing investors T. Rowe Price Associates Inc., Fidelity Management and Research Company, Amazon’s Climate Pledge Fund, Coatue, and D1 Capital Partners contributed $2.65 billion to the round. New investors also joined in that round, raising Rivian’s value to $27.6 billion, according to a person familiar with the investment round at the time.

The announcement comes only one day after Rivian announced intentions to establish a second plant in the United States. It follows Rivian’s decision to postpone delivery of its R1T truck and R1S SUV from this summer to September. This was owing to production difficulties caused by “cascading effects of the epidemic,” notably the current worldwide semiconductor chip scarcity.

Alex Honnold, a renowned rock climber, announced his relationship with Rivian as a brand partner and collaborator on December 20, 2018. Rivian announced intentions to cooperate with the Honnold Foundation and NGO Casa Pueblo on a solar project aimed at establishing a microgrid in Adjuntas, Puerto Rico, a city badly impacted by Hurricane Maria in 2017. Rivian intends to convert old battery packs from research cars into stationary energy storage devices.