Medusa, an ecommerce firm, raised around €7.98 million in seed funding. With a developer-first open-source methodology, the Copenhagen-based company is pioneering a new approach to ecommerce systems. 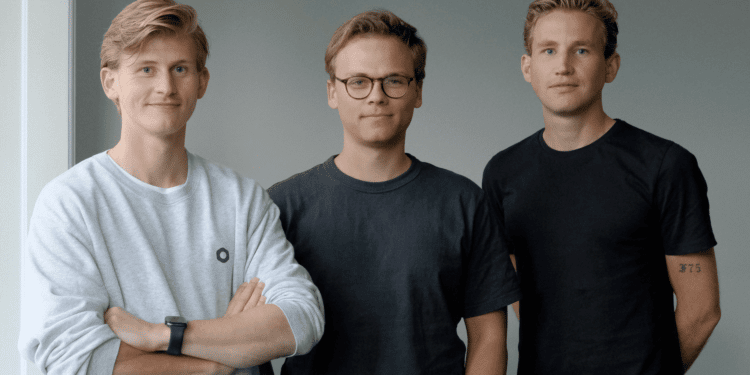 In recent years, ecommerce has been a fast rising vertical in Europe. Almost all business is now conducted online, thanks to an accelerating digital change across industries. Despite the tidal wave of change on the front end of these webshops, the bulk of ecommerce sites are still running on antiquated systems that are resistant to change. Even Shopify, widely regarded as one of the industry’s most innovative companies, is 15 years old. Medusa, a new face in town, has arrived.

Medusa, which was founded in 2021 with the goal of becoming the leading e-commerce platform for Javascript developers, announced a €7.98 million seed funding round led by LocalGlobe and Dawn Capital, with participation from notable tech leaders such as Anthony Casalena (Squarespace CEO & founder), Nicolas Dessaigne (Algolia founder), and Scott Williamson (Ex-CPO Gitlab). Medusa has seen unprecedented growth in the developer community, overtaking established solutions such as WooCommerce and Magento to become the most starred Javascript e-commerce platform on GitHub in only eight months.

Medusa, a Copenhagen-based business, has raised $8 million in a seed round headed by LocalGlobe and Dawn Capital. Prominent IT executives such as Anthony Casalena, Nicolas Dessaigne, and Scott Williamson also took part in the round. By combining open architecture with a headless e-commerce setup, the open source composable commerce engine provides the basic building blocks for tomorrow’s e-commerce infrastructure. The firm, which was founded last summer and obtained its pre-seed funding through Seedcamp, operates remotely but is incorporated in Denmark and will relocate the company and part of the staff to the United States as part of the seed investment. This money also allows Medusa to improve its current product and developer experience.

The team will devote additional resources in this round to developing the core product and improving the developer experience. Furthermore, Medusa has begun to provide premium assistance for agencies and in-house development teams working on the platforms.

The digital commerce industry has grown exponentially over the previous decade, and selling online is no longer limited to owning a website. New technologies enable merchants to provide far more sophisticated experiences, iterate on new features much faster, and use a wide range of sales channels (SoMe, Apps, ChatBots, etc.). Existing platforms with monolithic designs are, however, too stiff to enable this new wave of commerce technologies. This is where Medusa enters the picture.

Medusa is an open-source alternative to Shopify that allows flexibility and customizability with minimal development work. Medusa provides a rich set of capabilities that handle all traditional commerce operations. What distinguishes them is their modular design, which enables merchants to create exceptional customer experiences by combining best-in-class services and adding bespoke functionality to meet the unique demands of their business without sacrificing scalability. API-first ecommerce engine designed for growing organisations. In minutes, you can create a headless commerce store and begin your growth path on a quick and flexible base.

It provides users with the best of both worlds: the functionality they want while also allowing them to personalise their webshops to better suit their own business and target audience. The core principle driving Medusa’s success is the emphasis on developing a solution for developers, who are viewed as the key to unlocking merchant success.

They obtained money from top-tier investors (Seedcamp and angels from Netlify, Contentful, Algolia, and others) in July 2021 and have acquired 10,000 GitHub stars, seen +4,000 new projects, and recruited +1,500 community members since the formal debut in August 2021. Medusa has gotten a lot of attention and interest, and it’s all because to a talented team working together to achieve a single objective.

The fledgling firm is already gaining traction and making progress with its product. It has apparently become the most rated Javascript ecommerce platform on GitHub in only eight months, overtaking established solutions like as WooCommerce and Magento.

This technique has also helped the firm gain momentum among investors.

Medusa is already in use at webshops with yearly sales of more than $100 million. The entire addressable market in 2021 is expected to be $15bn to $25bn, with the potential to expand to $18bn to $32bn in 2025. “Our degree of flexibility and customizability enables developers to create sophisticated commerce setups without sacrificing their business’s scalability. Medusa’s modular architecture is being used by customers to power anything from traditional D2C brands to sophisticated subscription products, marketplaces, and B2B enterprises “says Oliver Juhl, Medusa’s CTO and co-founder.

The financing will allow the team to devote more resources to developing the core product and improving the developer experience. Furthermore, Medusa has begun to provide premium assistance for agencies and in-house development teams using the platform.

Dawn is Europe’s largest specialised B2B software investor, with $1.5 billion in assets under management. Dawn collaborates with founders who are creating the next generation of software leaders to establish category-defining global firms. Among its investments are Mimecast (taken private by Permira in a $5.8 billion transaction), iZettle (sold to PayPal for $2.2 billion), Tink (bought by Visa for $2.0 billion), Collibra, Dataiku, Quantexa, Soldo, Copper, and Firebolt.

LocalGlobe is a venture capital firm established in London that focuses on seed investments, especially in the United Kingdom. Since 1999, we have supported innovative innovators such as Wise, Zoopla, Improbable, Algolia, Zego, TravelPerk, and Robinhood.

The need to Mobile App Marketing in 2022