The European Innovation Council is providing funding to Ukrainian start-ups.

The European Innovation Council has allocate €20 million to help Ukrainian companies in the face of rising scrutiny. 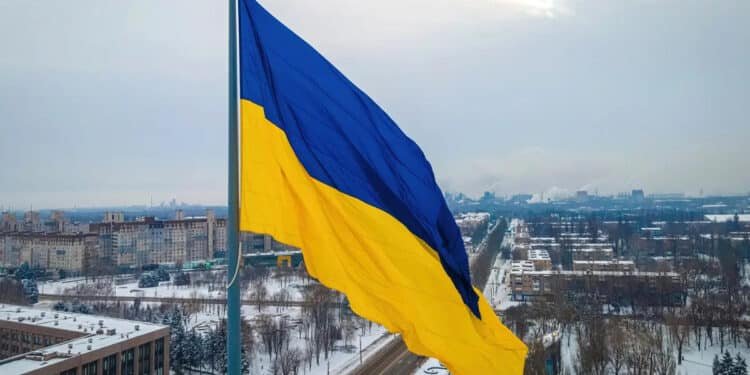 The Commission accepted the EIC’s annual work plan in February 2022, offering up financing opportunities worth more than €1.7 billion in 2022. The EIC, which was launched in March 2021 as a significant innovation within the Horizon Europe initiative, has an overall budget of more than €10 billion between 2021 and 2027. The EIC work programme has been amended to launch an additional call for proposals targeting Ukraine’s deep-tech community, which has a strong potential for creating breakthrough innovations, in order to mobilise all possible resources and provide support that can help Ukraine in these difficult times. In recent years, the Ukrainian start-up ecosystem has grown substantially, contributing to the country’s economic progress. This approach should help to boost Ukrainian IT ecosystems while also promoting creative ideas for rebuilding Ukraine’s economy and infrastructure following the war.

Relations between the EU and Ukraine in the sphere of research and innovation extend back to 2002, when the European Union and Ukraine signed a Science and Technology Cooperation Agreement. Ukraine joined Horizon 2020, the EU’s research and innovation project (2014-2020), in 2015, with 170 Ukrainian firms obtaining close to €46 million in EU financing and demonstrating innovative leadership and excellence in researcher mobility, as well as transportation and energy. In 2016, Ukraine and the EU also reached an agreement on the country’s accession to the Euratom Research and Training Programme. The Euratom Research and Training Programme strives to raise nuclear safety and radiation protection standards.

The Commission announced the commencement of the new MSCA4Ukraine initiative, part of the Marie Skodowska-Curie Actions, on May 10, 2022. With a total budget of €25 million, the new initiative will allow Ukrainian experts to continue their work in Europe and nations affiliated with Horizon Europe, therefore helping to protect Ukraine’s research and innovation system and the independence of scientific research in general.

Just days after an MEP initiated an investigation into the difficulties that have plagued the body since its inception, the European Commission has announced an ambitious €20 million initiative to promote the Ukrainian innovation sector. The new effort would provide up to €60,000 in funding to at least 200 Ukrainian deep tech start-ups through a specific modification to the 2022 European Innovation Council (EIC) work programme. Furthermore, the EIC will provide non-financial assistance such as business advising services and matchmaking. This will improve Ukrainian inventors’ ability to connect with the European innovation ecosystem, reach new markets, and benefit from European finance mechanisms.

The €20 million grant will be distributed through a competitive call for ideas for a pan-European network of start-up groups to assist Ukrainian innovators. There will be synergies with relevant EU projects such as the Enterprise Europe Network. The European Innovation Council (EIC) hopes that by launching this call on June 23rd, it will be able to assure the commercial continuity and growth of Ukrainian technology enterprises. The action can assist Ukrainian start-ups in preparing to compete for future EIC financing opportunities. The EIC can assist start-ups with grants and equity investments worth up to €17.5 million and can crowd-in additional private investments worth up to three times the amount committed by public money.

“While fighting Russian military aggression, Ukraine must look forward,” stated European Commission President Ursula von der Leyen. The country boasts an active start-up ecosystem and plenty of room for new firms. It is critical to maintain this economic capability and to allow Ukrainian digital innovators to flourish and integrate deeper into the European innovation ecosystem. We want them to develop across European and international markets.”

Furthermore, as a result of Ukraine’s approval, the agreement linking Ukraine to the Horizon Europe and Euratom Research and Training Programmes went into effect today. The agreement was signed on the occasion of the EU-Ukraine Summit on October 12, 2021. Now, European and Ukrainian academics and innovators, institutions, and businesses, including small and medium-sized enterprises (SMEs), have equal possibilities to collaborate to achieve common goals and address crucial issues.

In light of Russia’s continuous aggression against Ukraine and the EU’s determination to providing real support to the Ukrainian research and innovation sector, Ukraine will participate in the Horizon Europe and Euratom programmes without having to pay financially in 2021 and 2022. Its waived contribution was projected to be about €20 million.

This assistance is in addition to the continuing ‘European Research Area for Ukraine’ (ERA4Ukraine), Horizon4Ukraine, and ERC for Ukraine efforts, as well as the €25 million special fellowship programme under the Marie Skodowska Curie Actions (MSCA) for displaced Ukrainian researchers.

Since its inception, the EIC has had a number of challenges, including considerable delays in disbursing funds to recipients. On Monday, conservative MEP Christian Ehler announced the initiation of an investigation into the EIC’s operations, with the goal of producing a report on the problems and potential solutions.

“Dozens of companies are left without the funding flow they were promised due to Commission infighting over the management of the EIC fund,” Ehler told EURACTIV. “This jeopardises the entire instrument.”

However, the EIC has been under intense scrutiny since its inception. Complications with the body’s management, notably the European Investment Bank’s participation in supervising its functioning, have resulted in large and frequent delays in beneficiaries getting their funds.

The Commission admitted these delays in May, blaming them on the EIC’s reorganisation and management, which it stated would be completed by the end of June.

Last month, Ehler, who sits on the parliamentary industry committee and pioneered the work on Horizon Europe, called on the Commission to address the challenges and announced intentions to explore further and prepare a report on the primary concerns and how they may be addressed.

The inquiry’s major focus, according to Ehler, will be on the EIC Accelerator delays, but it will also look at the role of the EIC Board and the lessons acquired during the EIC’s 2018-2020 pilot period.