Tiktok Music App Will Compete With Apple Music And Spotify.

According to recent patent filings, China's ByteDance-owned TikTok may soon introduce a music streaming service to compete with Spotify and Apple Music. 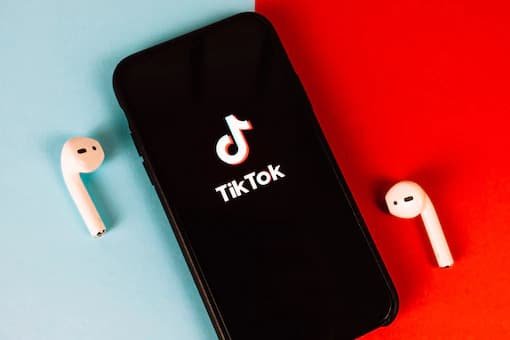 According to recent patent filings that China’s ByteDance-owned TikTok is working on, a music streaming service to compete with Spotify and Apple Music.

TikTok music app might be on the way soon. TikTok is well-known for its short videos, but because users regularly use the website to find new music, it seems reasonable that parent company ByteDance would introduce a TikTok-branded music app.

TikTok is currently one of the most well-known social media sites in the world. It also earned an unintentional reputation as one of the best music discovery tools.

TikTok Music App: TikTok has surely been a fantastic factor in the entertainment and social media trends when it comes to music discovery. The website is undeniably a viral trend-setting location where people from all over the world can effortlessly showcase their ability.

And it’s no surprise that, following its worldwide popularity and viral video trendsetting, the short format video platform has launched its own music streaming app. It has now been revealed that TikTok’s parent firm, ByteDance, has patent files for a TikTok Music app.

In May, TikTok’s parent firm, ByteDance, submitted a trademark application with the US Patent and Trademark Office for “TikTok Music.” Last November, ByteDance applied for the trademark in Australia.

ByteDance, TikTok’s parent company, appears to be working on a new app to assist consumers find new music. The app will be named ‘TikTok Music,’ according to a trademark application filed with the US Patent and Trademark Office, however the actual launch date is unknown.

Users would be able to buy, listen to, share, and download music through the service. They will also be able to make, share, and suggest playlists, as well as comment on music and livestream audio and video.

Because the flagship TikTok app not only encourages brief video content but also strongly relies on music, the application may help the firm grow its operations. It will also compete with music streaming behemoths such as Spotify, Apple, and Google.

ByteDance already has a music streaming app called Resso that is still accessible for download in India, despite the fact that its sister app TikTok is banned in the nation for security concerns.

TikTok Music by ByteDance would allow users to “live broadcast audio and video interactive media programmes in the fields of entertainment, fashion, sports, and current affairs,” according to the trademark. It will provide “downloadable mobile apps with podcast and radio broadcast material.”

In 2020, the tech company will launch Resso, a music streaming app, in India, Brazil, and Indonesia. Resso has several of the same capabilities as “TikTok Music,” such as the ability to make playlists, share music on social media, and connect with the app’s community.

If the TikTok Music app is in the works, it will most likely incorporate several capabilities that are now accessible on Resso. The Resso app, for example, has a TikTok-style scrolling interface and displays suggestions based on users’ browsing history, similar to Spotify and YouTube Music.

Like Shazam, it also allows users to browse lyrics, download music for offline listening, and search for songs playing in the background. Notably, the software makes it simple to delete users’ accounts. However, it is only available in a few countries, including Brazil and India.

TikTok Music intends to expand into important markets such as the United States and the European Union. Resso has already received over 100 million downloads worldwide.

For a freshly released programme, the Resso app has over 40 million monthly users in Indonesia, Brazil, and India. Despite the country’s embargo on ByteDance’s well-known TikTok, Resso’s active user base surged by 304 percent between January 2021 and January 2022. Spotify, on the other hand, grew by only 38%.

These data suggest that a “TikTok Music” app with the branding will scare large companies like Spotify, YouTube Music, and Apple Music.

The TikTok app (Brazil) also has a touch button that leads users to the Resso app, allowing them to hear the complete version of a song they’ve been listening to or are interested in.

Although it is unclear whether ByteDance intends to produce a music streaming app based on the Resso architecture. There is also much discussion about whether the corporation may come out with something altogether different.

TikTok, which is controlled by China’s ByteDance and was banned in India in 2020, is trying to return to the nation as its parent company considers a local collaboration. Earlier this month, a report stated that the video-sharing app, which was extremely popular in India until it was banned, was trying to form a collaboration with Hiranandani Group, which is active in the data centre sector through Yotta Infrastructure Solutions in Navi Mumbai.

If TikTok forms a cooperation with the local business Yotta, ByteDance would be able to keep Indian user data locally, ensuring that it can operate in the nation and conforms with legislation. TikTok was claimed to be in negotiations with Mumbai-based Hiranandani Group about rehiring former and new employees in India, one of the world’s largest internet marketplaces.

The US Army, not Meta, is building the metaverse.