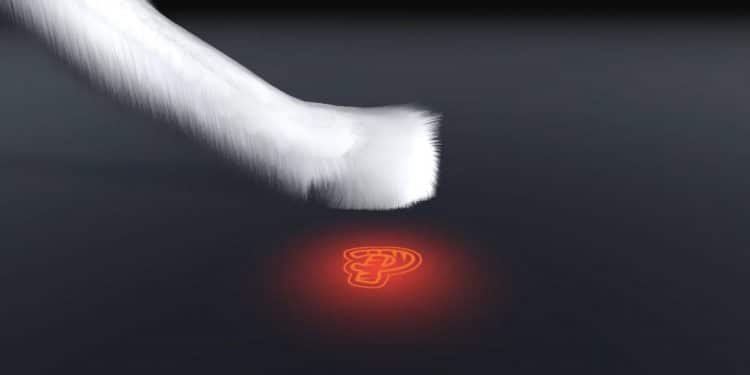 You’re probably sick of the metaverse by now, but perhaps the petaverse would pique your interest. Tiny Rebel Games is betting on this, having raised $7 million to fund the development of the Petaverse Network. The firm creates adorable digital creatures and aspires to update them with blockchain and metaverse concepts.

Their mission is to establish the Petaverse Network, which will integrate gaming, augmented reality, and web3 to create an open standard for digital pets in the metaverse, the cosmos of linked virtual worlds as depicted in novels such as Snow Crash and Ready Player One. This entails adopting concepts like Nintendogs or Pokemon for the blockchain age, where nonfungible tokens (NFTs) enable players to claim ownership of their individually validated digital commodities.

Susan Cummings stated that 24 million Nintendogs users adored them, formed bonds with them, and spent endless hours with them. And then Nintendo discontinued the DS. As a result, Nintendogs is no longer available. He noted that they’re attempting to develop these robust creatures that are not dependent on whether these games continue to be supported.

Anil Hansjee, the general partner of Fabric Ventures, stated that the firm is funding Petaverse Network for various reasons but is particularly enthused about the company’s dedication to open standards. Their dogs and platforms will be open for other projects to develop on top of or inside – which is consistent with the Web3 philosophy of decentralization and will benefit the entire sector.

Additionally, angel investors such as games industry veteran Nick Button-Brown (who joins the company’s board of directors), Kristian Segerstrale (Super Evil Megacorp), Sebastien Borget (The Sandbox), and James Zhang participated in the round (Concept Art House).

The additional funds will be used to expedite pet deployment across the metaverse, as well as to fund a range of games and experiences, as well as to employ additional critical developer roles. The team now numbers around twenty members and is rapidly expanding. Susan Cummings stated that the company would most likely adapt its games to work on various blockchain platforms.

As with previous collectible NFT games, Susan Cummings stated that the Petaverse Network’s pets would someday be useable across platforms — wherever and whenever you live your digital life. Petaverse will provide users with pets to bond with, train, and evolve depending on their unique DNA and user interactions.

Yat Siu, chairman of Animoca Brands, stated that as technology and software for extended reality products progress, open metaverse initiatives such as the Petaverse Network would provide a fully inter-verse experience that combines digital and physical surroundings.

The first pet drop, which will be cats, will occur in the second quarter of 2022. The team behind the Petaverse Network has over 70 years of confirmed expertise in developing games, augmented reality, and virtual reality. Additionally, Qualcomm has picked them as an early access partner for Snapdragon Spaces, and Deutsche Telekom has selected them for their iOS Innovation Hubraum Program.

According to a statement, Lee Cummings, Petaverse Network’s creative director, their dogs were created to replicate the experience of owning a natural pet while capitalizing on the creative possibilities afforded by developing platforms. They view them as having a foot in both the universe and the metaverse, but most crucially, as a pet, you want to play within either.

Ed Fries, president of the 1Up Ventures fund, told in an email that he met Susan Cummings in the mid-1990s while working as a gaming agent and has been a fan of her and her husband ever since. After establishing 1Up Ventures three years ago, he approached her to inquire about investment prospects, and 1Up became the first significant outside investor in Tiny Rebel.

Fries stated that fast forward to the present day, and Susan has an overwhelming demand from investors to back her and Lee’s concept for the Petaverse Network. Due to high demand, the round was oversubscribed. They decided to sell a portion of their shares in the firm to create a place for further outside investors while maintaining the round’s largest external investor. Although their fund has seen several paper profits over the previous three years, this purchase marks the first time Tiny Rebel has returned actual funds to the fund.

Lee and Susan Cummings have worked together for more than two decades, including lengthy tenures at Rockstar Games and 2K Games / 2K Sports (which Susan co-founded). They recently doubled the size of their staff following the successful completion of a significant Innovate UK R&D-funded series of projects with Fictioneers, which included Wallace & Gromit: Big Fix-Up / Fix Up the City.

Susan Cummings noted that NFTs are not well-liked by die-hard players. However, that is not who she is pursuing. She stated that there is a widespread sense that everything is a scam and about Ponzi schemes. However, the most intriguing thing he witnessed was when someone commented that gamers rented their equipment for years, but now they may own it.

However, she recalled playing Nintendogs, the Nintendo DS’s virtual pet game. And when Nintendo discontinued that platform, she effectively lost access to those creatures or updated versions of them. She stated that I desire all of the characters he has lost.

Other games’ multiplayer servers have ceased to exist, and as a result, those games have ceased to exist. That is why the business is attempting to set standards for virtual pets that will allow them to be carried between worlds, such as a cat in The Sandbox being utilized in Minecraft or another planet. The cat’s essential data is present, but its appearance may be customized to fit the context in which it will be utilized.

Susan Cummings stated that it becomes fascinating what blockchain can accomplish for these assets when you look at it that way. That is, after all, their contention. It is not inconceivable. She continued, she requires thinking about it differently than you would ordinarily as a game producer.

Susan Cummings stated that they believe that unless there is a compelling use case, gamers will remain skeptical. And she doesn’t think they have to convince them yet, as free-to-play began with casual games like Candy Crush and evolved into hardcore. Now, you can play Call of Duty on your cell phone for free. And nobody could have imagined that at the outset. And this, I believe, is the same road.

She stated that it enables them to construct and begin with an unlimited number of cats, not just in appearance but also in behavior. Thus, the pet’s underlying DNA specifies characteristics such as their curiosity, their agility or clumsiness, and their speed or slowness.

The business plans to debut it in the second quarter, using utility-grade NFTs. You can post your pets on social media, and later this year, you’ll be able to interact with them in a Nintendogs-style simulation. Later on, the team will include augmented reality, allowing you to view your digital pet in its natural environment. Pets will have their own AI and distinct characteristics that make them one-of-a-kind.

Susan Cummings said that the CryptoKitties kittyverse is the conceptual forefather of what we’re doing. You can build pet experiences without re-inventing the wheel. However, they wish to establish this as an open standard, allowing anybody to incorporate a pet into their game. This is a comprehensive and audacious plan.