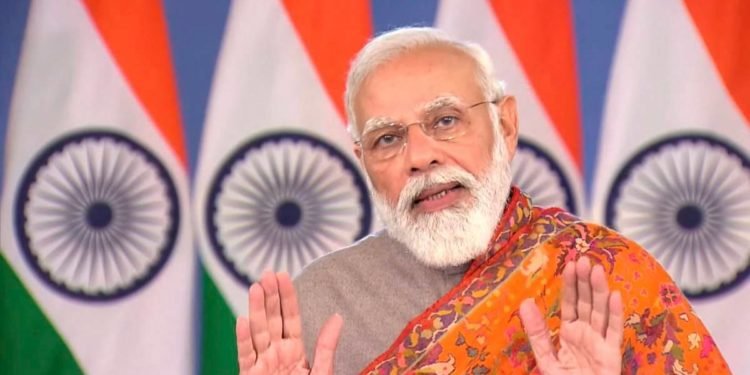 On Sunday, India’s Prime Minister Narendra Modi’s Twitter account was “briefly infiltrated,” his office stated. Modi’s account — @narendramodi — tweeted shortly after midnight that India had officially adopted bitcoin as legal tender, sparking suspicions of a hack due to the announcement’s timing. And because New Delhi has indicated in recent months that it will enact a strict law regulating cryptocurrency. Late last month, Nirmala Sitharaman, the country’s finance minister, stated that New Delhi had no plans to recognize bitcoin as a currency.

What occurred during that period?

Sunday’s tweet, which has since been removed, contained a link to a shady site and stated that New Delhi had purchased bitcoins and intended to distribute them to the country’s inhabitants. Modi’s office tweeted on Sunday that his account had been completely secured and that any tweets shared during that period should be ignored.

Modi is one of the most popular Twitter users, with nearly 73 million followers. Twitter and the Prime Minister’s office stated that the social network immediately safeguards the account after becoming aware of the behavior. The latest information on who hacked the account. It was unknown who hijacked the narrative. The shady blog to which it referred was unavailable at publication. 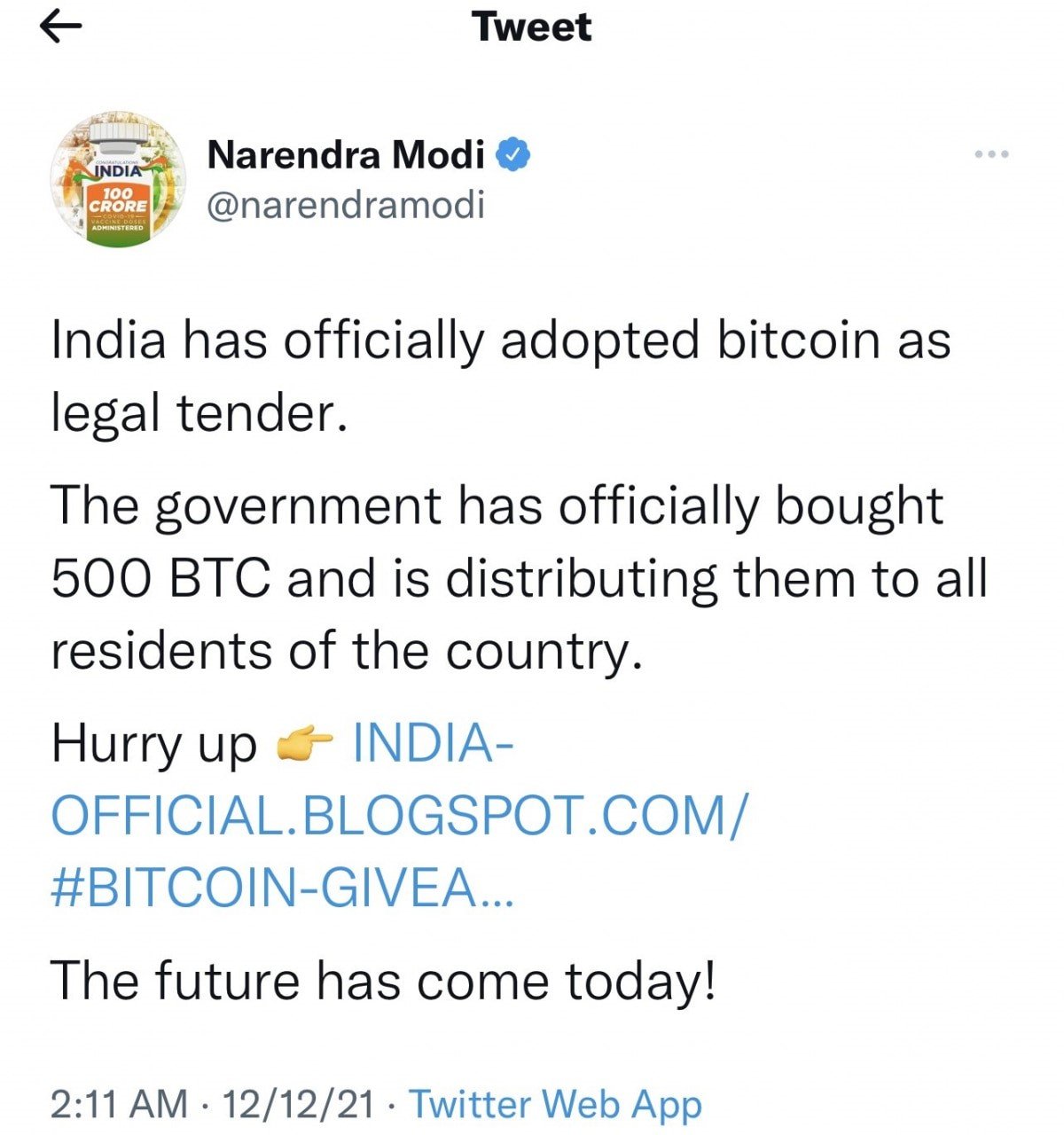 Twitter’s first assessment reveals that PM Modi’s account “was not compromised as a result of any breach of Twitter’s internal systems,” according to sources. Additionally, the study indicates that the hacking activity followed a different pattern from last year’s global hack of world leaders’ email accounts, which was carried out via coordinated social engineering efforts. The first investigation determined a one-off attack directed at a single charge.

Meanwhile, the Indian Computer Emergency Response Team (CERT-IN) of the Ministry of Electronics and Information Technology is attempting to ascertain the origins of the hacking attack, sources added.

More than 30,000 cyber security incidents directed at the Government in 2021

Union minister Rajeev Chandrasekhar previously stated in the Lok Sabha that the government is well aware of cyber security threats as the Internet expands and many Indians connect to and use the Internet. The Indian Computer Emergency Response Team (CERT-In) is tasked with tracking and monitoring cyber security incidents.

Additionally, the minister informed Parliament that several steps had been taken, including formulating a Cyber Crisis Management Plan to combat cyber-attacks and cyber terrorism, which all ministries and departments would implement.