YouTube stated today that it would begin broadcasting free, ad-supported television series – putting it directly in competition with the rising number of free streaming services on the market, including Tubi, Pluto TV, The Roku Channel, IMDb TV, Xumo, Plex, and NBCUniversal’s Peacock. The firm said that it will first provide its US subscribers with access to approximately 4,000 free television episodes, including programs such as “Hell’s Kitchen,” “Andromeda,” and “Heartland.” It intends to add up to 100 new items each week to its free streaming library, including both series and films.

YouTube now hosts over 1,500 films from studios such as Disney Media & Entertainment Distribution, Warner Bros., Paramount Pictures, Lionsgate, and FilmRise. This month, for example, it included new releases such as Gone in Sixty Seconds, Runaway Bride, and Legally Blonde.

However, the larger streaming market — both ad-supported and subscription-based — favors television over movies. In recent years, new original projects that would have been filmed or at the very least mini-series in prior eras are frequently launched as bingeable episodes. Platform providers also like this growth since customers are spending more time watching content on their platforms. Talent and funding have long since followed, with television programs garnering critical attention and praise formerly reserved for Hollywood blockbusters.

While 85 percent of US homes have a video subscription, quarterly growth is mainly driven by free ad-supported television and ad-supported video-on-demand services. As of the fourth quarter of 2021, 18 percent of US homes would have used at least one free ad-supported television service – a rate that has quadrupled since the fourth quarter of the previous year. According to Kantar, most new users in the last quarter signed up for Peacock, IMDb TV, Tubi, and The Roku Channel accounts.

Meanwhile, YouTube has a sizable linked TV presence in the United States, if not free TV. According to Nielsen statistics, YouTube reached over 135 million people in the United States via connected TVs in December 2021. However, when viewers looked for TV series on YouTube, they were directed to rent or purchase the titles – there was no option for free streaming.

That is beginning to change with the advent of the free television program. YouTube claims it will now bring new navigation and immersive banner art to enable viewers to select how to watch — via rental or purchase, as before, or free with advertisements. Meanwhile, YouTube adds that commercial breaks would vary in frequency depending on the user and the context they are viewing shows. The majority of ads are sold through YouTube’s Select program. 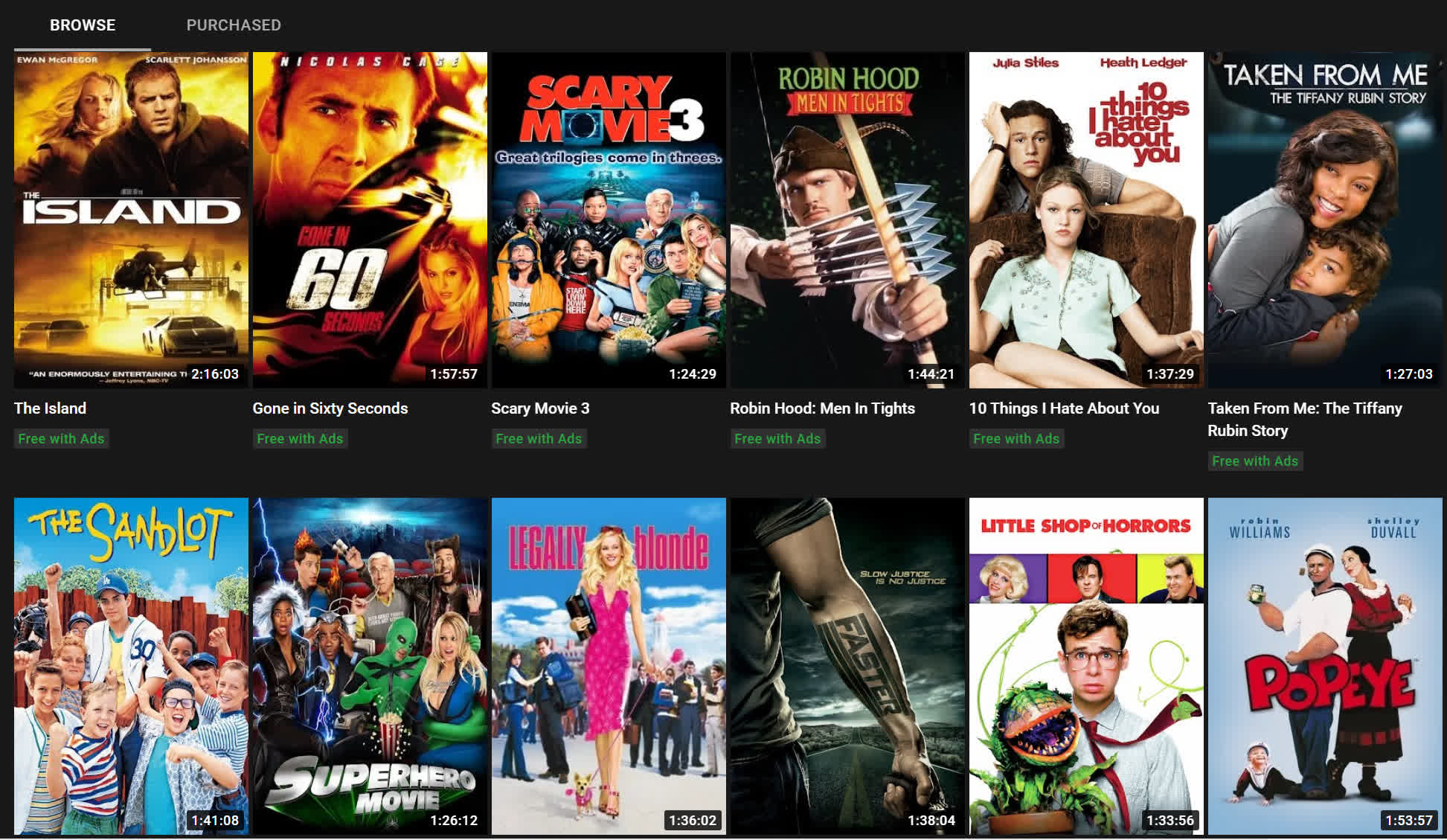 Apart from a few well-known programs, several of the free shows include “Father Knows Best,” “Unsolved Mysteries,” “21 Jump Street,” “The Carol Burnett Show,” “That Girl,” “Car 54, Where Are You?,” “The Lone Ranger,” “Hopalong Cassidy,” “Laugh-In,” and “The Dick Van Dyke Show.” Many free shows only lasted one or two seasons, even though the series lasted longer. (YouTube indicates that other seasons will be uploaded over time.)

This collection will not suddenly elevate YouTube to the top free TV destination, but it may help alleviate ennui for regular YouTube viewers at times. Additionally, YouTube mentioned that a large number of free television series are accessible in high definition 1080p with 5.1 surround sound audio on compatible devices.

Beginning today, consumers in the United States will be able to access the series through a computer browser, mobile device, or connected TV via the YouTube TV app. A complete list of shows is available at YouTube.com/freeshows.