All the ‘New’ iPhone 14 Features That Already Exist on Android

The iPhone 14 is giving a sense of déjà vu. However, Apple has managed to improve certain formerly Android-only functions. 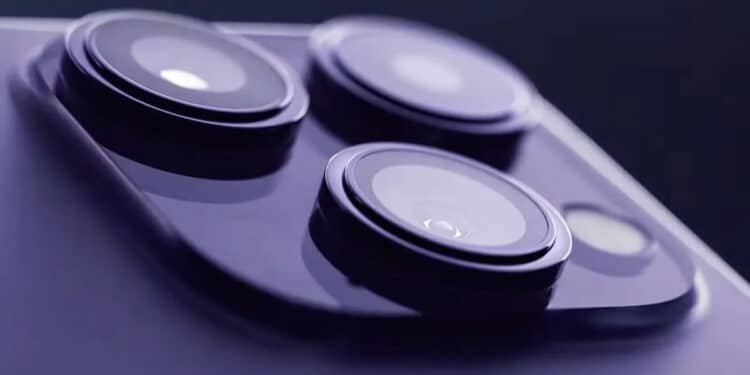 Not to claim that Apple’s newest smartphone borrowed components straight from the plethora of phones currently on the market in the Android arena, but several striking parallels were shown during the Far Out address. The iPhone 14’s new features, like as the always-on display and ProRAW mode, appeared to be comparable to capabilities I’d already tried on several Samsung and Google Pixel handsets.

The Dynamic Island, in particular, reminds me of a feature from a long-gone LG handset. Apple, on the other hand, is doing something a bit different with their solution, making clever use of what everyone else calls a “hole punch” in the centre of the display.

Here are some of the “copy-cat” features that Apple introduced this week for the iPhone 14. Apple was also first to market with a few key features that we hope Android will absorb and adapt in the future.

Apple has recently prioritised health and safety. In addition to the health and safety capabilities released in the Apple Watch and the Emergency SOS through satellite communication on the iPhone 14, the business is putting accident detection into the current generation of iPhones.

However, OnStar, a subsidiary of General Motors that provides members with vehicle services such as navigation and security, has already introduced the OnStar Guardian app in 2021.

This programme, which is available for both iOS and Android, detects accidents using the onboard sensors of your phone and automatically contacts emergency services.

Even the Pixel 4a, which was released in 2020, includes automobile collision detection. While Apple claims to have included a high g-force accelerometer to record abrupt changes in speed and direction, as well as other sensors like as a microphone and a barometer, Android devices already have these.

The front-facing selfie camera on most smartphones does not feature autofocus. This is due to the tiny area available for front cameras not being adequate for housing the complicated technology necessary for focus management. Although Apple eventually included this capability in the iPhone 14 and iPhone 14 Pro, Android users have been using it for years.

This function was initially introduced by Samsung with the S8 in 2017. Google followed suit in 2018, adding focusing to the Pixel 3’s front-facing camera. Although other manufacturers, such as Huawei, Xiaomi, and Motorola, do not have this capability, Apple waited five years to include it into the iPhone.

In addition to the autofocusing front camera, Apple added Action mode to the iPhone 14 and iPhone 14 Pro. Although we don’t know the precise specifications, this mode is likely to combine optical and digital image stabilisation to maintain a steady recording even when filming in choppy situations.
This technology, though, is not new to cellphones.

The pill-shaped notch that has now been added follows Android’s move away from the notch in favour of a pill-shaped cutout. It is also not new with the iPhone 14 Pro and iPhone 14 Pro Max, and many Android phones already have it. The ‘Dynamic Island’ design, on the other hand, is innovative and distinct from other phones.

When Apple first unveiled the notch with the iPhone X in 2017, Samsung was quick to mock the unusual design choice.

Android developers quickly sought methods to minimise their own selfie-camera notches by making far tiny incisions into the display or instead opting for hole-punch cuts. The OnePlus 7 Pro even had a mechanism that allowed the selfie camera to pop out of the frame, allowing the screen to be completely unimpeded. The Samsung Galaxy Z Fold 4 uses an under-display selfie camera, which makes the inner display nearly obstruction-free.

In any case, Apple is years late in abandoning the notch. The new pill-shaped cutout is likewise rather large. At the very least, the Dynamic Island, a software feature that incorporates the cutout into the phone’s UI with distinctive movements, making the dark trough more bearable.

The iPhone 14 Pro now has an always-on display (AOD), which allows iPhone users to view the clock and alerts at a glance. Although this functionality first appeared in Android phones in 2016 with the Samsung Galaxy S7, the technology existed far earlier.

The Nokia 6303 was the first phone to include an always-on display, debuting in 2008. When Nokia debuted AMOLED screens on Symbian OS-powered handsets, such as the Nokia N8, all of those phones also included AOD. What distinguishes Apple’s version of the AOD from other devices is the ability to reduce the screen refresh rate to as low as 1Hz.

This allows the AOD to have a negligible influence on the battery life of the iPhone 14 Pro, even when the full screen is switched on (instead of just a section, like most Android phones show). Despite the fact that the screen never turns off, iPhone owners nonetheless obtain outstanding battery life.
Processor 4nm

The A16 Bionic CPU in the iPhone 14 Pro is touted by Apple as the most powerful smartphone processor ever. However, aside from a table that provided little details other than that it outperforms the A13 Bionic from 2019, Apple simply stated it’s 40% quicker than the competition. So we don’t sure how much better it is than the A15 chip from last year.

According to the business, the A16 chip’s power and efficiency are due to the 4nm technology used to make it. This method is already used by the Snapdragon 8 Gen 1 featured in the Galaxy S22 series and some other Android flagships released in 2022.

Apple (and many other corporations) excel at marketing their products, so it can sell features that have been on Android smartphones as fresh and revolutionary. After all, it spends millions of dollars on worldwide marketing and likely employs the greatest advertising companies.

Nevertheless, despite being available on Android for years already, when Apple implements these technologies, it does so in a polished way that makes them look new and exciting—at least to Apple users.