Ambition will utilize the funds to accelerate the company's expansion plans and boost its game-enhanced sales management software. 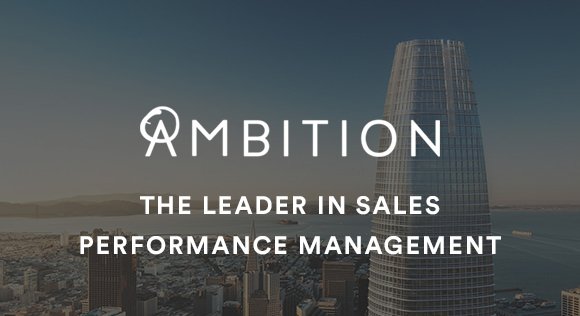 Ambition, a Tennessee-based developer of game-enhanced sales management software, has raised $15.5 million in a financing round headed by investment firm Primus Capital. With the current round of fundraising, Ambition has raised an additional $20 million, which will be utilized to accelerate the company’s expansion plans, which were already well underway before the latest round of funding.

When it comes to sales performance management, Ambition’s function is to translate commission plans into dashboards. According to Travis Truett, co-founder, and CEO of Truett & Associates, this is a reactive method that is useless in fast-paced companies where revenue executives must translate insights into actions.

Ambition was founded in 2013 before going through Y Combinator in January of 2014. Jared Houghton, Brian Trautschold, and Travis Truett continue to lead the company today. Ambition represents all the data created by sales tools — such as Salesforce software, sales acceleration, or conversation intelligence tools — into human-centric insights. These insights can then be utilized by revenue leaders to consistently coach, incentivize, and maximize their people. Businesses can collect vital customer information by employing the Ambition platform for sales, coaching, and gamification. It offers structured one-on-one and team coaching programs, as well as performance metrics that detail each round.

Truett stated that remote work had been a significant issue for revenue teams since it has disrupted typical coaching rituals and cultural initiatives. Ambition has accelerated in recent months as businesses focus on the future of engaging, mentoring, and growing its most valuable resource: talent. The industry has the opportunity to dominate the developing rep performance management area – a vital pillar of the massive sales enablement category.

Between 2021 and 2026, the market for Sales Performance Management is predicted to expand at a 13.09 percent compound annual growth rate (CAGR). Ambition competes with Ascent (previously LevelEleven and Geopointe) and companies such as Mindtickle for customers ready to invest in sales gamification software.

According to the data, gamification looks to be an efficient method of learning. In TalentLMS’s research, 89 percent of respondents stated that they were more productive when their activity was made more fun. Another study found that playing games in the workplace can increase workers’ ability to learn new skills by 40% compared to when they are not.

According to Truett, “Working from anywhere has become the norm, and businesses are fighting to attract and keep the best people due to the boom in remote work. Their company’s revenue has increased dramatically so far this year. The new design and their clients’ quick expansion into new business segments like Customer Success were acknowledged and congratulated.”

During the previous year alone, Ambition claims to have more than doubled the number of Fortune 500 firms on its client roster. A total of 67 people are now employed by the firm, thanks to 26 additional employees in Chattanooga, Nashville, and Atlanta. Ambition hopes to have 85 employees by the end of the year, according to its website.