Camp K12 raises $12M in Series A funding round

Camp K12 will use the funds to hire leaders across functions, as well as to build a world-class engineering and product team. 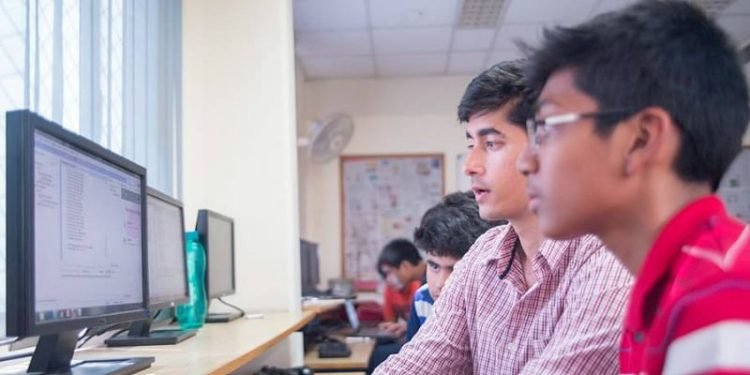 Camp K12, an edtech startup aimed at creating a global online school for 21st-century skills, has raised $12 million in a Series A round led by Matrix Partners India and Elevation Capital. Over the last six months, the company has expanded into two new geographies, one new subject category, and a new group-class format. The funds will be used to hire leaders across functions, as well as for hyperscale operations and marketing, as well as to build a world-class engineering and product team.

Camp K12’s US business has increased 2x month on month over the last three months, with organic activity accounting for 75% of enrolments at 0 CAC. Simultaneously, Camp K12’s Middle East business has increased threefold month on month. Camp K12 provides its in-house 3D coding platform “HatchXR” and a separate coding curriculum from its India company in both countries to please a customer group that has previously been exposed to coding basics in schools and desires a new degree of cutting-edge tech exposure.

“We have created the foundations for a worldwide online school, and we are ready to scale,” stated Anshul Bhagi, Co-founder of Camp K12. In his opinion, an enduring institution in a competitive market of online schools will be established via distinctive acquisition, engagement, and retention of consumers, rather than through sales and marketing competence alone. 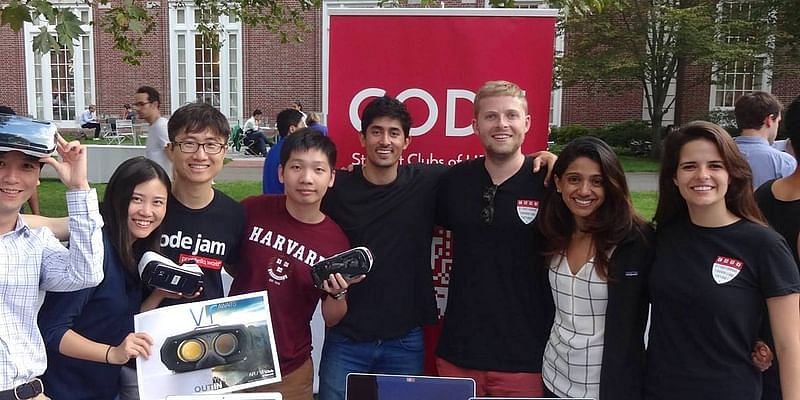 Bhagi also believes in the importance of community and the power of network effects. They have an ambitious vision for social multiplayer experiences for kids, both in and out of the classroom, and they are thrilled for customers to begin using this product as early as next month. The business links students aged five to 18 from all around the world with inspirational professors for live, interactive online classes in critical 21st-century skill areas like coding and English.

Camp K12 was created in 2010 by a group of MIT Computer Science graduates to inspire a new generation of young innovators throughout the world. For the last eight years, they have collaborated with schools and organizations such as Google and Adobe to provide hands-on coding boot camps to children aged five to eighteen in the classroom. They began live online programs in 2018, extending its well-known excellence to 30+ nations and 200k+ students.

Camp K12 is the leading platform for online coding training for children. Since 2010, they have been the pioneers of coding lessons for children, empowering a new generation of innovators. They teach coding to kids online with unique courses such as AI, VR, App Development, Game Development on Scratch, and more, with an emphasis on establishing concepts right from the child’s formative years. Experts at MIT created a varied curriculum, which covers important kid’s coding languages that improve algorithmic thinking and foundations like logic and structure.

Coding for Kids at Camp K12

Teaching youngsters coding or computer programming at an early age will prepare them for a lifetime of achievement. Professional Coders are in high demand, and they may establish a lucrative and satisfying career. As a parent, you want your child to have a head start in life, and in today’s technologically advanced digital world, it only makes sense to expose them to computer programming for beginners.

If your youngster is interested in programming, they may learn about the many possibilities of coding. They might learn how cell phones operate, how apps work, and how video games are created. At the Camp K12 Coding School, all of this is taught.

Camp K12 debuted English as its first category outside of coding, with a two-year learning path for every age group that includes basic components like grammar and vocabulary as well as aspirational objectives like Creative Writing and Public Speaking.

Every kid in the program creates and publishes a novel on Amazon and Kindle, takes part in international discussions on current issues, delivers TED-style presentations to live audiences, competes in Spelling Bees, and much more. For the past three months, the English business has risen by double month on month.

“We are able to build our product leadership in every category and location we have forayed into, whether it is India, the Middle East, or the United States,” said Sandeep Bhagi, Co-founder of Camp K12. We take pleasure in having a highly devoted, happy, and satisfied user base of hundreds of thousands of parents and children searching for high-quality online education at a reasonable price.” 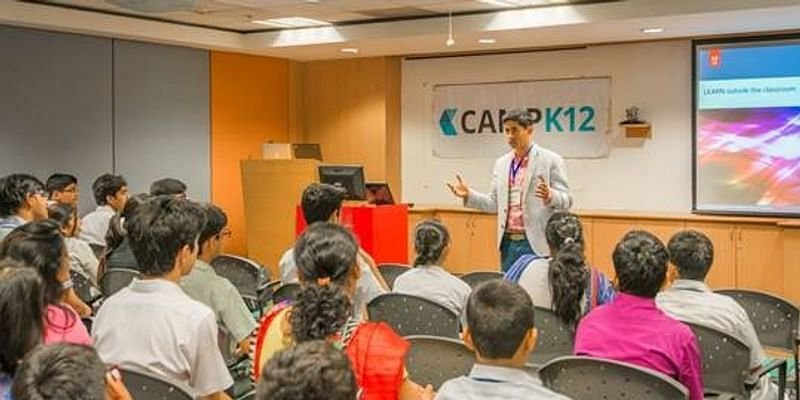 This Series A investment will help them accelerate their growth, and they are bolstering their team with seasoned Doers from Business, Sales, Marketing, Product, Operations, and Engineering. In Camp K12’s gamified online settings, kids learn one-on-one with private tutors or in small groups with friends. Outside of class, kids engage with peers using Camp K12’s “LinkedIn for Kids” – a community program that includes real-time multiplayer duels, self-paced exams, free seminars, and daily brain growth.

Over the last year, Camp K12 has grown its operational excellence and customer pleasure function across various categories, beginning with coding for the K-12 category and now expanding into English with a customized curriculum that allows every child to write a novel. They’re looking forward to the next phase of expansion as they co-invest in this round with Elevation Capital.

The firm will add two new regions and one new content category within the next six months. It also plans to expand its reach in each existing geography through a group class structure that now accounts for more than 25% of revenues in India.

“We believe there is a tremendous worldwide market for 21st-century skills for children. We feel that success in this global arena would necessitate a different go-to-market strategy and product than we’ve seen in the past,” said Mukul Arora, Partner at Elevation Capital. Camp K12, with its social, multiplayer online learning environment, has been a pioneer in this field from its inception. Camp K12 effectively employs its own technology to maintain quality, end-to-end experience, as well as to develop a new methodology for online learning.