Apple has turned a blind eye to these requests, so Google has now decided to adopt a more aggressive strategy. 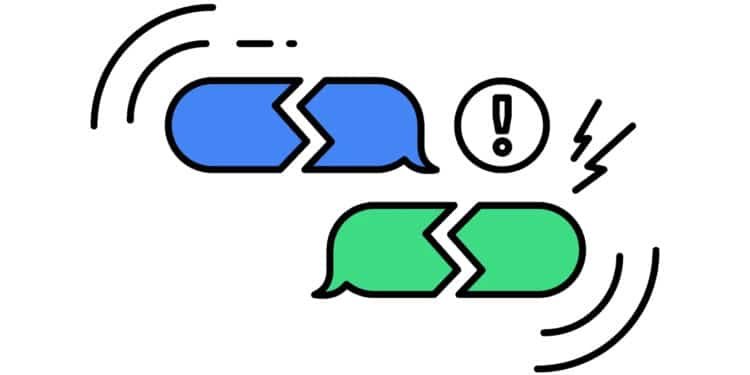 Google is initiating a new public relations effort today to urge Apple to embrace Rich Communication Services (RCS), a cross-platform messaging system envisioned as a replacement for SMS and MMS.

The search engine has launched a new “Get The Message” website with a similar list of reasons why Apple should accept the standard, many of them focus on greater communication between iPhone and Android phones. Naturally, there’s also a #GetTheMessage hashtag to get your viral juices going.

Google has started the Get The Message campaign to set forth justifications for why RCS will significantly improve user service quality for iPhone users and those contacting them.

According to Google, the campaign intends to address not only the “green/blue bubbles” issue, but also other frequent cross-platform messaging difficulties such as end-to-end encryption, fuzzy videos, broken group chats, missing read receipts and typing indications, no texting over Wi-Fi, and more.

All of the problems stem from the iPhone’s ongoing usage of SMS and MMS for non-iMessage communications, which Google describes as “outdated technology from the 1990s and 2000s.”

According to the Mountain View-based startup, RCS is the industry standard for texting and is supported by practically every mobile carrier and device except Apple.

The iPhone makes use of Apple’s iMessaging service, which allows iPhones to exchange messages to one another while also providing a number of vital contemporary features such as group chat capability, high-quality image sharing, and encryption.

When an iPhone sends a text message to an Android smartphone, it utilises an antiquated SMS and MMS system, removing any contemporary messaging features.

Against this backdrop, Google has not made its complaints public, stating that “iMessage should not benefit from bullying” – and mobile users appear to agree.

The flaws Google says are most familiar to most people in the shape of the green bubbles that indicate messages to Android users in Apple’s Messages programme.

While the iPhone app uses Apple’s own iMessage service to transmit messages between iPhones (with with current features like encryption, support for group conversations, and high-quality picture and video uploads), when messaging an Android user, they resort to old-fashioned SMS and MMS. Not only are these messages shown in a color-clashing green bubble, but they also violate several of the modern texting features on which users have grown to rely.

To solve this, Google has dropped a series of subtle hints in recent months requesting Apple to implement RCS, which delivers the majority of iMessage capabilities using a standard that works on both iOS and Android.

The company also said it expects “every mobile operating system” to adopt RCS at its annual developer conference this year, as well as in various tweets throughout the year.

Because the existing system has a lock-in impact for consumers, Apple stands to benefit greatly. It allows for smooth communication (only between iMessage users) and turns Android’s green bubbles into subtle class indications. It’s why, in private, Apple execs admitted that delivering iMessage to Android would “harm [Apple] more than assist us.”

Google’s cause has not been helped by the delayed and fragmented rollout of RCS. The initial method of deployment, which relied on carriers to provide assistance, proved inadequate. However, after Google took over in 2019, things have improved, and RCS is now available practically everywhere in the world.

RCS has also gradually gained feature parity with iMessage encryption. End-to-end encryption (E2EE) is now supported in one-on-one chats, and E2EE in group chats is due later this year.

Apple’s iMessage is one of its most important sources of ecosystem lock-in, so it doesn’t stand to gain anything by embracing RCS. Furthermore, court records published last year revealed that Apple does not want to develop iMessage for Android because it would harm the firm more than it would assist it. Given all of this, it is doubtful that Google’s new campaign will be the driving force behind Apple’s adoption of RCS.

Google‘s focus on RCS comes after years of fruitless attempts to establish its own messaging product, following the discontinuation of numerous of its chat programmes, including Hangouts, Allo, and many more.

Will Apple Listen to Google’s Campaign and Adopt RCS?

Apple is unlikely to cave to Google’s campaign, since the benefits of not modifying its systems appear to exceed all of the rival’s arguments.

For starters, Apple’s iMessage system has successfully locked its consumers onto iOS.

In a sense, Apple has developed its own social network, which Cupertino can upgrade and tweak independently of the rest of the business.

Apple execs have even confessed in internal emails that introducing iMessage to Android will “damage [Apple] more than assist us.”

The green bubble debacle is something iPhone users have come to know and anticipate. It’s now part of the iPhone’s DNA and a popular meme in the “iPhone vs. Android” debate.

Third-party apps like as Messenger, WhatsApp, and Snapchat all exist to provide shared experiences that iPhone and Android users may enjoy.

However, RCS does not come without its own obstacles and flaws.

While many have praised the deployment of RCS on Android, there have also been tales of service disruptions that have locked users out of their SMS.

Researchers warned in 2019 that they had discovered a variety of vulnerabilities caused by RCS implementation that might compromise users’ location data, allow calls and text messages to be intercepted, and allow phone numbers to be faked.

Given these concerns, and the fact that Cupertino is dead intent on safeguarding its bottom line, it appears that Apple will continue to care after itself.