Passkeys Are Not Just Exclusive To Apple.

Microsoft and Google will refer to the FIDO Alliance's password-less technology as passkeys. 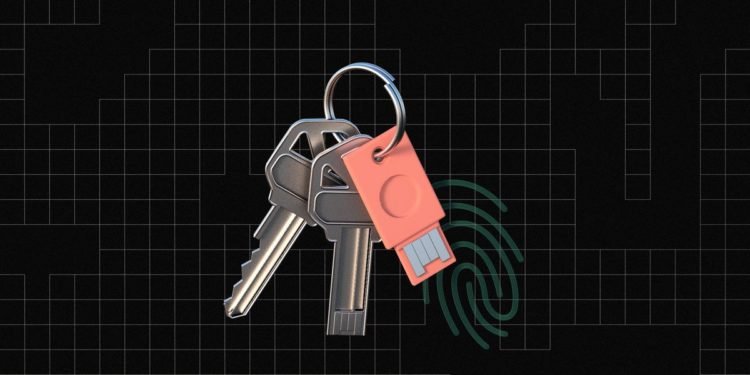 Apple introduced passkeys, their version of the FIDO Alliance’s password-less secure authentication system, in the most Apple-like manner imaginable. It created an icon and printed a very Apple-like “Passkeys” next to it in the San Francisco typeface. And if you only saw a portion of Apple’s WWDC presentation on passkeys, you may conclude that passkeys are exclusively available in Apple’s iCloud Keychain. Just to be clear: it is not.

Major players Microsoft and Google will also use the phrase “passkey.” It’s a common word that can be single or pluralized, as in “you should set a passkey for your banking app.” In other words, treat the term “passkey” similarly to the term “password.”

Passkeys operate by allowing you to log in to an app or website using only your username and a pre-authenticated device — which employs a cryptographic token rather than a password and text message code that may be phished or otherwise stolen.

Ricky Mondello, Apple‘s software engineering manager, created a Twitter thread yesterday to promote the new technology and explain what it implies. Alex Simons, Microsoft’s VP of identity, responded to the conversation and confirmed that Microsoft will also use the name. All parties engaged appear to be devoted to increasing knowledge about passkeys, and none have attempted to claim ownership thus far.

“Passkey” is a far simpler to remember term than “FIDO authentication,” which may be rather confusing when used vocally — like, is here where I input the name of my first pet? But honestly, if you’ve ever had to explain two-factor authentication to a layperson and it takes more than five minutes, imagine educating them about FIDO authentication.

To succeed, the technology requires a marketing push, and what better way to get the information out there than to let Apple take the lead? If Apple was genuinely attempting to fool people into thinking passkeys are an Apple-only technology, it would have probably been called Apple PassKeys.

If you’re running the developer betas of macOS or iOS, you may start utilising passkeys right now. Google intends to release the developer tools required to deploy passkeys on Android “before the end of 2022.” Furthermore, Microsoft now supports passkeys on the web via Windows Hello, and will enable signing into a Microsoft account with passkeys from an iOS or Android device “in the near future.”

Passkeys could be better than passwords

Social engineering techniques, such as phishing, may trick users into disclosing even the most complex passwords, or they can be disclosed if a whole unencrypted database is hijacked. This is a major issue for IT businesses, which are responsible for keeping your data secure, as well as individuals who experience a privacy violation. As a result, Apple, Microsoft, Google, and the other members of the FIDO Alliance set out to create a better alternative known as “passkeys.”

Apple announced the deployment of the newly agreed-upon passkey standards at its Worldwide Developers Conference (WWDC). It will be released alongside iOS 16 and macOS Ventura, giving us our first real-world glimpse at the long-promised password-free future (the FIDO Alliance, an industry body devoted to “fixing the World’s password problem,” has been working on this for a decade).

Darin Adler, Apple’s vice president of internet technologies, described passkeys as a “next generation credential that’s more secure, easier to use, and aspires to replace passwords for good” at his WWDC keynote.

How will they work?

Passkeys are based on the WebAuthn, or WebAuthentication, standard. To safeguard your accounts, it employs a cryptographic theory known as public-key cryptography. It’s the same concept used in iMessage, Signal, and other secure messaging applications for end-to-end encryption.

Instead of a password, your device will generate a pair of mathematically linked keys: a public key and a private key. The public key is stored on the server (since, as the name implies, it isn’t secret) and allows the website or app to validate your account—as long as you have the corresponding private key.

The gimmick is that, because to the way the math works, the private key is never need to be shared with the server. Your gadget may do complete authentication without ever exposing its identity. It’s cool technology with severe security implementations.

Although passkeys may appear sophisticated (and the underlying encryption is), they will make signing up for new accounts significantly easier. Simply use Touch ID or Face ID, and your iPhone, iPad, or Mac will take care of the rest.

You are not need to create a lengthy password and then try to remember it. You will not even be able to see your public or private keys. It’s all done in the background, which removes the mushy, untrustworthy human factor.

Furthermore, passkeys cannot be phished. Your public key for any specific site is not confidential. The private key, which never leaves your device, is all that matters. A fraudulent website pretending to be your bank, eBay, or another account cannot persuade you into giving it up. It can create a login prompt, but it does nothing.

Apple’s implementation of passkeys appears to be good, at least in the accompanying documentation and WWDC presentation. iCloud Keychain will sync them between your devices (which is end-to-end encrypted itself). Apple will also not have access to your private keys.

Even if your Apple ID is stolen, you lose all of your devices, or a rogue Apple employee attempts to hack the iCloud Keychain servers, the system is intended to keep your logins secure. It necessitates the use of two-factor authentication with your Apple ID, making it far more difficult for an attacker, even one who knows your iCloud password, to set things up on a new device. There’s also a feature called iCloud Keychain escrow that manages password recovery if your devices are lost. It’s immune to brute force attacks, even from Apple.

In short, this appears to be the most secure system that can be created. There will always be attack avenues, and determined hackers targeting specific persons may locate and utilise them, but for average people, this approach should address three major issues: weak passwords, leaked passwords, and phishing.

Amazon Acquires Up Roomba-maker Irobot In $1.7b Cash Deal