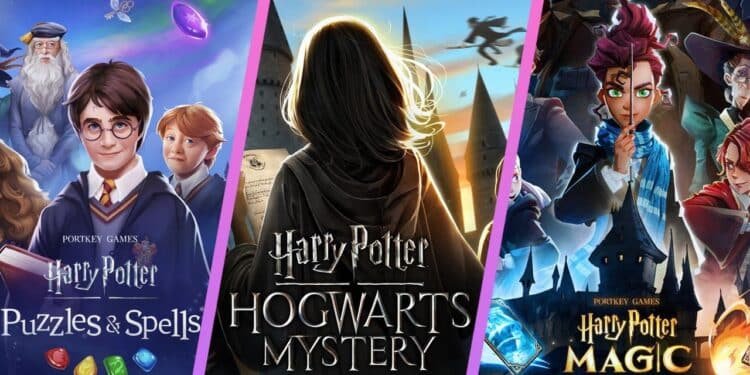 When Harry Potter was originally released, it swept the globe by storm, prompting The New York Times to launch a separate bestseller list for children’s books in 2000. Since then, mobile games based on J.K. Rowling’s iconic characters have been routinely introduced to the Apple App Store and Google Play.

The game was officially published on April 25, 2018, and it has more than $12 million and 13 million downloads globally in its first week on the App Store and Google Play.

Over the last year, from April 26, 2020, to April 25, 2021, Hogwarts Mystery was rated as the No. 1 title in the Simulation Adventure category by player expenditure, with about $105 million. It outperforms Nintendo’s Animal Crossing: Pocket Camp, which came in second with $77.5 million, and Gameloft’s Disney Magic Kingdoms, which came in third with $32 million.

Jam City’s Harry Potter: Hogwarts Mystery was the game with the most single revenue. Sensor Tower claims that it has produced over $400 million in revenue since its inception in 2018. NetEase’s Harry Potter: Magic Awakened came in second with $358 million.

Given that the game is only available in China, Taiwan, Hong Kong, and Macau, this is an excellent outcome. China alone accounts for 91% of the company income.

Having a score in the top 50 intellectual property games, when compared to other intellectual property (IP) mobile game applications, Magic Awakened ranked 31 in terms of worldwide revenue in 2022. So far, the app has earned $85.4 million in revenue, outpacing titles like FIFA Online 4M and Game of Thrones: Conquest.

It does, however, rank first for titles based on books.

Players in the United States and China are increasing their expenditures.

In terms of player spending, the United States leads the way for Harry Potter games. The country generates around 37% of its overall revenue. That comes to $374.8 million. China comes in second with $324.3 million or 31.6% based only on iOS data, while Germany comes in third with $51.6 million or 5% of overall player expenditure.

In 2021, Harry Potter was the highest-grossing mobile simulation game app.

When excluding China, the App Store contributes 66.6% of revenues, or $683 million, while Google Play accounts for 33.4%, or $342.5 million. Outside of China, however, revenues were shared more equally between the shops, with Google accounting for 49% and Apple responsible for 51%.

Harry Potter mobile games have received over 156 million installations worldwide to date. The United States leads in downloads with 31.8%, followed by China and Brazil. Google Play received 54% of all installs, while the App Store received 46% (72 million).

There is no mystery

Hogwarts Mystery is still a hit for Jam City, and the revenue boost it enjoyed in 2020 amid global lockdowns has persisted into 2021. It exemplifies the endurance of mobile games backed by constant new material, with March 2021 being the title’s sixth greatest month ever for player expenditure, over three years after its initial release. It also demonstrates the potential of IP in drawing a huge, engaged mobile audience prepared to pay.