How It Leaders in Ukraine Continue to Innovate Despite the War 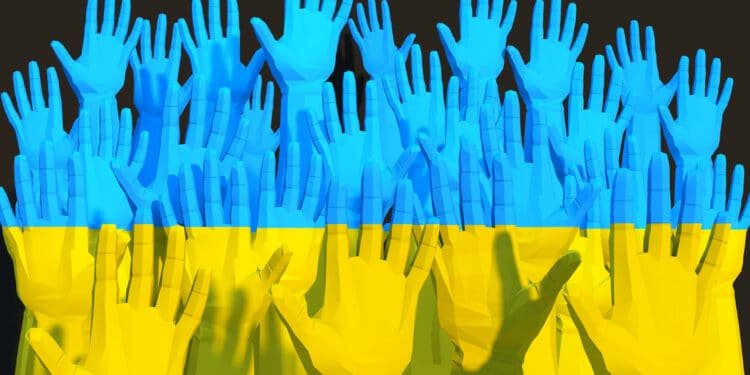 “I can hear sirens, there’s a rocket strike in the vicinity.” That interruption has become a regular occurrence for Alex Bornyakov, Ukraine’s deputy minister of digital transformation and IT development.
Even after six months, the attacks and sirens continue. They can occur while sipping coffee, checking emails, or doing a press interview, as this one did.

Bornyakov’s day-to-day work as Ukraine’s deputy minister of digital transformation includes supporting technological initiatives and maintaining the country’s IT and technology industry healthy — even during the conflict. His office also assists Ukrainian residents in maintaining access to technology in order to accomplish their jobs and create revenue in order to continue paying taxes to fund the army.

The ministry of digital transformation (MDT) has been working on many efforts to help the country’s IT industry, including decreasing taxes for IT businesses and ensuring technological infrastructure stays intact to boost civilian and government communications.

The MDT just announced a free statewide initiative to assist Ukrainian residents in entering the IT sector. The goal is twofold: to address the country’s IT labour deficit and to “offer individuals who lost their employment due to the conflict the chance to discover a new and promising area,” according to Mykhailo Fedorov, Ukraine’s deputy prime minister for digital transformation.

Bornyakov stated that he and his team are trying to build startup accelerators and incubators as a supplement to the endeavour. He also mentioned that some may concentrate on developing military technology. Private enterprise funds will also be established to assist financially.

The MDT’s efforts have proved critical in improving the country’s technology defences amid the fight with Russia’s less apparent side: cyberwar. According to a Microsoft assessment dated April 2022, Russian cyberattacks on Ukraine were carried out by “Russian nation-state cyber agents executing incursions in coordination with kinetic military activity.”

According to Microsoft’s analysis, “more than 40% of the destructive attacks were aimed at organisations in critical infrastructure sectors, which could have negative second-order effects on the government, military, economy, and people,” and “32% of destructive incidents affected Ukrainian government organisations at the national, regional, and city levels.”

IT may be down, but it is far from dead.

Despite the devastation of war, it may come as a surprise that Ukraine‘s IT sector has not only survived, but thrived. This is due, in part, to the capabilities that remote work gives.

According to a recent Ukrainian IT Association study of IT businesses, 77% have already recruited new clients — even during the conflict — and 56% foresee internal growth of roughly 500 people this year.

He acknowledges that the situation is volatile and ongoing due to the war, but claims that the third quarter will reveal more and that the IT Association is in close communication with its member companies about issues, exchanging information about how to overcome infrastructure challenges, and so on.

From the ashes of technological innovation

War has typically been linked with devastation rather than creativity. However, from the beginning of the conflict, Ukrainian tech experts have been utilising their skills to help the country’s efforts and humanitarian needs.

When the February 24th invasion transformed their reality, Ukrainians in IT either turned to work with the government or relocated outside the nation to safety.

Among the inventive businesses that have sprung from the ashes of war are the following:

Uncertainty about the future

Resilience appears to be a common thread among Ukrainians working in the IT field, with many continuing to work even when sirens sound.

“I can confidently state that the Ukrainian IT industry has fully adapted to the present reality, and we are no longer scared of any challenges,” Lola stated. “We have become significantly stronger, and I expect that Ukrainian technology products will make a significant breakthrough in the global market in the future years.”

Meta’s VP of Horizon is leaving the company