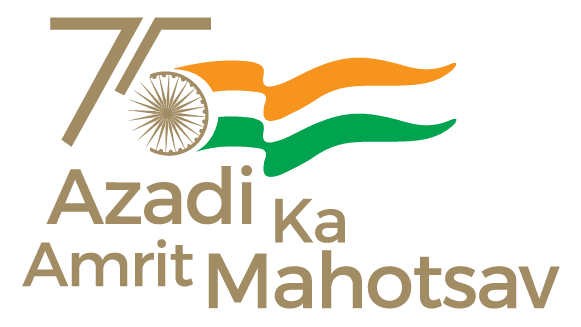 Union Minister Jitendra Singh stated on Friday that India ranks third in the world in terms of the start-up ecosystem and the number of unicorns, showcasing the country’s revolutionary advances in science, technology, and innovation.

Union Minister Jitendra Singh stated on Friday that India ranks third internationally in the startup environment and the number of Unicorns, highlighting the revolutionary developments in science, technology, and creativity.

Furthermore, startups are no longer restricted to metros or large cities; over 49% of them are from Tier II and III cities, growing in domains such as IT, agriculture, aviation, education, energy, health, and space.

According to the minister, Prime Minister Narendra Modi started the Startup India initiative from the Red Fort ramparts in 2015, and today “India, in its 75th year of freedom, is home to as many as 75,000 businesses.”

He published four books presenting encouraging businesses as part of NIDHI’s many components, including the flagship programme Technology Business Incubator (TBI) and a coffee table book of 51 CAWACH-funded startups.

The NIDHI initiative of the Department of Science and Technology (DST) has immediately offered much-needed assistance to entrepreneurs, catalysing the active involvement of business incubators and other business support providers.

Nearly 75 impactful incubated firms from various industries from throughout the country were displayed in 50 physical and 25 digital forms at the DST Startup Expo (five startups from NM-ICPS Technology Innovation Hubs were also part of the 50 stalls of startups).

During a speech in Delhi, Singh stated that the decade 2021-2030 will see transformative advances in Indian science, technology, and innovation.

In recent years, India’s Gross Expenditure on Research and Development (GERD) has more than quadrupled. India has over 5 lakh R&D workers, a figure that has increased by almost 40-50 percent in the previous eight years.

“Women’s participation in extramural R&D has more than quadrupled in the previous eight years, and India now ranks third in the world in terms of the number of PhDs conferred in science and engineering, trailing only the United States and China. With changing global powers and technology being the epicentre of international interactions and legislation, Prime Minister Narendra Modi’s India is living up to global standards “Mr Singh stated.

The event also included 75 impactful NIDHI-supported incubated firms from around the nation presenting in 50 physical and 25 digital modes in the DST Startup Expo (5 Startups from NM-ICPS Technology Innovation Hubs were also part of 50 Stalls of Startups).

There are presently 105 unicorns, 44 of which were born in 2021 and 19 in the current year, according to the most recent data. Data also revealed that the country employs over 5 lakh researchers and developers, a figure that has climbed by 40-50% in the previous eight years.

Singh also mentioned that 75,000 start-ups are now established in India as the country commemorates 75 years of independence, thanks to PM Modi’s Startup India initiative in 2015.

Continuing on that topic, the Union Minister stated that the Prime Minister’s emphasis on science, technology, and innovation has inspired the country’s young to innovate and address challenges with new ideas.

He stated that start-ups in India are not restricted to metros or major towns, and that tier 2 and tier 3 cities account for 49% of all start-ups, which are flourishing in fields like as IT, agriculture, aviation, education, energy, health, and space.

Singh further emphasised that the country is listed among the top five in the world for scientific research, is one of the top five nations for space exploration, and is actively involved in the development of technologies such as quantum technologies and artificial intelligence, among others.

The Minister stated that India has increased its global rating on the Global Innovation Index (GII) from 81st in 2015 to 46th in 2021 among 130 economies worldwide. In terms of GII, India ranks second among 34 lower-middle-income nations and first among 10 Central and Southern Asian economies.

According to him, the continual growth in the GII ranking is due to the enormous knowledge capital, the thriving start-up environment, and some remarkable work done by public and commercial research organisations.