GrowSari, a Manila-based company that aids small businesses with growth and digitalization, said today that KKR would lead a $45 million Series C funding. 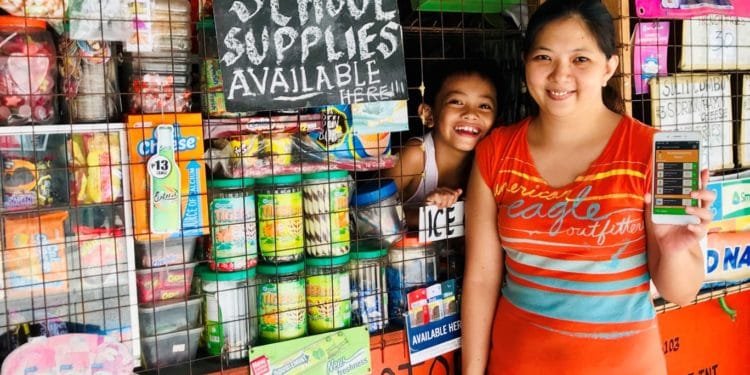 GrowSari, a Manila-based firm that assists small businesses in growing and digitizing, said today that KKR would lead a $45 million Series C financing. The cash will be utilized to grow the company’s financial solutions and reach additional locations in the Philippines. The Series C round is still underway, and the business reports that it has already surpassed its target size, with the final composition being finalized.

GrowSari raised a total of $30 million earlier in its Series C funding round. GrowSari in June 2021, when it announced its Series B financing. Since then, it has increased its service area from 100 to 220 municipalities and grown its client base to 100,000 micro, small, and medium-sized company (MSME) store owners.

The firm was founded in 2016, is a business-to-business platform that provides nearly every service required for small- to medium-sized merchants, including local stores selling daily needs (dubbed sari-saris), roadside and market shops, and pharmacies.

For instance, it operates a wholesale marketplace that features items from leading fast-moving consumer goods (FMCG) companies such as Unilever, Procter & Gamble, and Nestlé. It collaborates with over 200 companies, including telecoms, fintech, and subscription plans, to enable sari-saris to provide clients services such as top-ups and bill payments.

Additionally, sari-sari entrepreneurs may use GrowSari to develop e-commerce sites and obtain short-term working capital loans for inventory purchases. The business’s other financial products include digital wallets and cash-in services, and the company is exploring partnerships with other providers to provide remittance, insurance, and loans.

The additional financing will expand into Visayas and Mindanao, the Philippines’ two other major geographical areas, to eventually reach all 1.1 million “mom and pop” establishments in the country.

Sari-sari stores are local convenience stores found across the Philippines. They typically provide everyday essentials and occasionally double as community centers. Earlier in June, GrowSari, a startup digitizing sari-sari stores by offering features such as pricing tools, inventory management, and working capital loans, announced that it had raised a Series B round of funding from several prominent investors bringing its total budget to $30 million.

GrowSari was formed in 2016, and the company claims that over 50,000 retailers presently use its B2B platform throughout more than 100 municipalities in Luzon, the Philippines’ most significant and populous island. Its eventual objective is to serve one million sari-sari stores.

According to GrowSari, the Philippines has over 1.1 million sari-sari stores, which account for 60% of fast-moving consumer goods (FMCG) sales, making them a lucrative distribution route for wholesalers. Along with its supplier marketplace, GrowSari claims to provide sari-sari shop operators preferential pricing on items from about a thousand FMCG companies, including Unilever, P&G, and Nestle, which it claims may help retailers quadruple their earnings. Additionally, the app offers online payment of telecom and utility bills, remittances, and microfinance for working capital loans.

GrowSari was founded by Reymund Rollan, Shiv Choudhury, Siddhartha Kongara, and Andrzej Ogonowski as a backend system to handle logistics and inventory for sari-sari retailers.

Because most sari-sari stores are operated independently, their margins are lower than those of large merchants that can negotiate agreements with FMCG wholesalers. GrowSari’s supplier marketplace resolves this issue by providing sari-sari merchants access to the same Distributor List Prices as major retailers and wholesalers.

GrowSari’s marketplace does not require a minimum purchase, and it enables sari-sari stores to accept payment via cash on delivery, GrowCoins (or cash credits that can be topped up via GrowSari’s shippers, online transfers, banks, or over-the-counter at convenience stores), or E-Lista, GrowSari’s seven-day loan product.