How does Microsoft intend to improve the low code environment?

Microsoft's series of new product announcements this week at Build 2022 address the obstacles that are impeding the growth of their low code platforms. 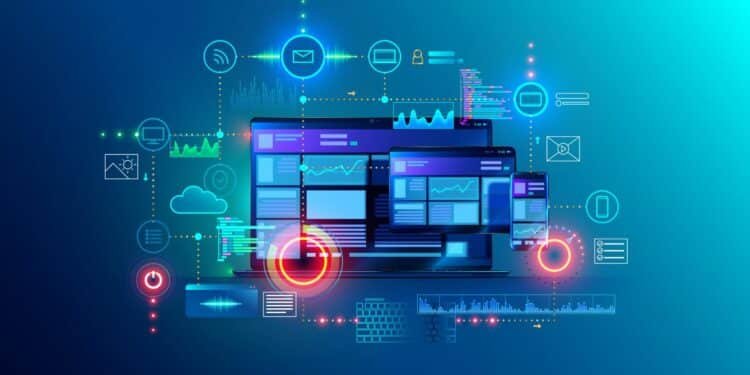 Microsoft’s series of new product announcements this week at Build 2022 address the obstacles that are impeding the growth of their low code platforms, giving companies more options for accomplishing low-code development goals. Power Pages, the next Microsoft Power Platform feature for constructing integrated, scalable, and secure websites, was announced this week as part of Microsoft’s low-code announcements.

Enterprises have been eager to get in and experiment, enticed by the promise of democratizing app development with visual, declarative, drag-and-drop interfaces commonly bundled with enterprise-wide platforms like Microsoft, Salesforce, ServiceNow, and others. They’re realizing that when app development goes from small department coding projects to larger-scale, enterprise-wide apps, support for a low-code platform may quickly become expensive. The hidden costs of low-code platforms include restricted process workflow support, which makes enterprise-wide scaling even more difficult.

Imagine being one of the numerous CIOs and CISOs that hears about a new low-code platform every week that requires integration, governance, and security assistance within your firm.

Over the last three years, the epidemic has prompted many IT departments to accelerate digital transformation efforts. Low-code platforms were the only way for many to stay up. Depending on the business justification for each project, new app development cycles must keep pace or accelerate. Every IT department wishes to avoid full-stack development and its associated delays. Continued advancements in low-code platforms’ ability to design and deliver custom applications with minimal hand-coding are also key to acceptance growth.

According to Gartner, investment in low-code development technologies is estimated to reach over $30 billion by 2025, growing at a CAGR of 20.9 percent. According to the research organization, low-code or no-code technologies would be used in 70% of new enterprise applications by 2020, up from less than 25% in 2020. It’s no surprise that by 2025, half of all new low-code clients will originate from business buyers outside the IT group, according to Gartner.

Maintaining competitiveness in terms of innovation and technology is one of the issues with low-code platforms. Low-code platform suppliers must succeed in the following six dimensions of R&D if the aggressive market estimates of Gartner and others are to be realized:

Microsoft’s original success, like that of many low-code platforms, was built on supporting administrative and developer personas who built relatively simple web and mobile apps. The platform, like many other low-code platforms, lacked best-in-class governance and struggled with process discovery at first.

These initial flaws are being balanced by Microsoft’s decades of experience in collaborative app development and built-in enterprise security solutions.

“The platform is used by tens of millions of individuals every month, with 6.8 million monthly active makers, developers, citizens, and professionals.” In a recent interview with VentureBeat, Ryan Cunningham, vice president of Microsoft Power Apps, said, “A lot of them are experienced software engineers developing fairly high scale things.”

Microsoft deserves credit for including active directory (AD) integration, data loss prevention (DLP), and data encryption in the product early on. The Power Platform is hosted on the Azure cloud, which provides additional security through SOC1, SOC2, PCI DSS, and FEDRAMP certifications, which are required for deployment in federal government cloud environments. Microsoft enhanced its vision of zero-trust security on the Azure platform and offered lessons garnered from thousands of zero-trust implementations on their cloud platform at Ignite 2021 last year. Microsoft’s low-code platform boasts some of the best cybersecurity safeguards of any competition now on the market.