Online shoppers spent about $8.9 billion on this year's Black Friday, falling short of $9 billion that customers spent in 2020. 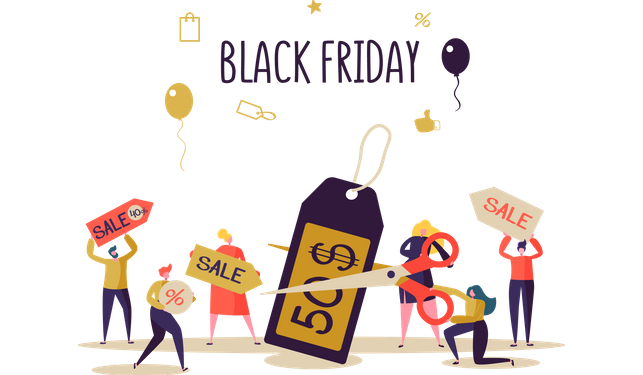 According to a holiday shopping study from Adobe Analytics, this year’s Black Friday online sales took a hit, marking the first time that spending fell below the previous year. This year, online buyers spent an estimated $8.9 billion, falling just short of the $9 billion spent in 2020.

Adobe said that the negative trend may have been triggered by an increase in early spending since several retailers began specials and promotions as early as October. And when buyers did make online purchases on Black Friday, Adobe discovered that 44.4 percent of those transactions occurred via a smartphone, an increase of 10.6 percent over last year.

According to Vivek Pandya, chief analyst at Adobe Digital Insights, Black Friday experienced a reversal of the growth pattern seen in previous years for the first time. Shoppers are smarter with their present purchases, purchasing significantly earlier in the season and flexible with their shopping dates to ensure they receive the best discounts.

While early sales may have been the primary cause of the decline, global supply chain concerns may have also played a role. According to Adobe’s analysis, out-of-stock warnings have climbed by 124% since January 2020, making it more difficult for shoppers to purchase desired products. The report says that appliances and electronics have been hit the hardest, with the persistent chip shortage likely playing a role.

The Nintendo Switch and Meta (previously Oculus) Quest 2 were among the most popular electronic products on Black Friday, while Just Dance 2022, Spider-Man: Miles Morales, AirPods, and the 10.2-inch iPad were also top sellers on Saturday. So far this holiday season, customers have spent more than $3 billion on 19 days. Adobe identified only five days last year around this time when spending exceeded $3 billion.

What is the hype surrounding the ‘Black Friday Sale’?

Black Friday is the busiest shopping day of the year, as it marks the start of the holiday shopping season. This is a critical season for the economy, particularly for specific retailers, such as jewelers.

For a variety of reasons, Black Friday is a shopping day. The first day following the last big holiday before Christmas serves as an unofficial kick-off to the holiday shopping season. Additionally, many firms provide employees with the day off during the Thanksgiving holiday weekend. To capitalize on this, practically all stores, large and small, offer a variety of bargains, including limited quantities of “doorbuster” items to lure traffic.

Black Friday is a day of shopping during the holiday season. Black Friday profitability is critical for many merchants, mainly toy and game stores. According to the NRF, the holiday season has accounted for 19 percent or more of yearly sales for several businesses over the last five years.

Black Friday sales at certain businesses begin on Thanksgiving Day and often last throughout the weekend. For instance, in 2020, buyers spent an average of $311.75 between Thanksgiving and Cyber Monday (the first Monday after Thanksgiving). To put that figure into context, the typical customer spent $997.79 for the whole 2020 holiday season. 4 In 2021, customers anticipate spending approximately $997.73 on gifts, decorations, food, and other items for themselves and their families.