Parallelz raises $3 million to rapidly run any mobile app or game in a browser without sacrificing quality or changing the user experience.

Parallelz's technology has the potential to disrupt the mobile market by challenging the app store duopoly, which collects a 30% charge from the gaming ecosystem. 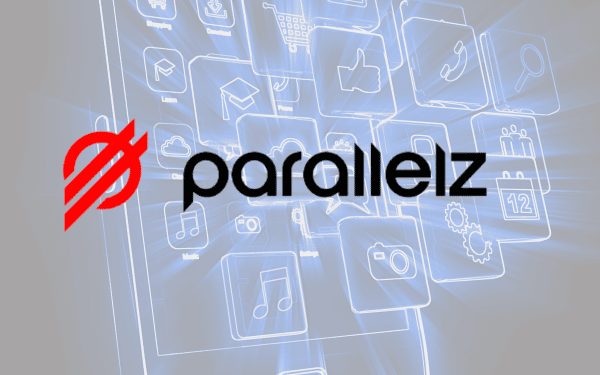 Parallelz is developing a new platform and software architecture that immediately converts native mobile apps to native web apps with no loss of visual quality or user experience. It enables developers to distribute their apps via numerous digital and social platforms without relying on app stores.

Parallelz has raised a very small amount of money, but its platform might threaten the app store duopoly, which collects a 30% charge from the gaming ecosystem, according to Parallelz CEO Albert Lai.

It has received $3 million for its technology, which allows mobile games and applications to run instantaneously in a browser with no quality loss, no downloads, no performance losses, and no coding changes. Starting a game or app can provide instant gratification.

The money, which came from major industry executives and venture capitalists, will allow the technology firm to expand its workforce and speed platform development.

It has achieved what many developers thought was impossible. Soon, sharing a mobile app will be as easy as sending a link, Parallelz was formed by mobile gaming and software industry veterans, including serial entrepreneurs and developers from Google, Mozilla, MIT Media Lab, Bridgewater Associates, and other leading technology firms. Later this year, the business intends to make its platform accessible in a restricted release.

The combination of “app fatigue, rising user acquisition costs, the 30% tax, and a single point of failure,” according to investor Andre Charoo, general partner at Maple VC, which led the pre-seed funding round, has made mobile apps “an increasingly difficult and inefficient channel” for marketers and brands. “Parallelz has created a next-generation computing architecture that revolutionises mobile app delivery, discovery, and distribution.” 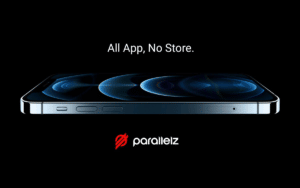 “All App, No Store — Parallelz”

Parallelz isn’t just a rerun of HTML5 when games had to be converted to HTML5 and then recreated from scratch due to huge performance and functionality constraints. It’s also not the same as the Facebook instant games that Parallelz helped develop. The issue was that Apple had complete control over what Facebook could and could not do on mobile.

Parallelz, on the other hand, has no restrictions on the sort of content or how it is developed. It supports any sort of content or game engine and does not necessitate rewriting HTML5 apps or games. It does not require a software development kit (SDK), and it does not suffer from quality loss or delay, according to Lai.

Well, the company uses a breakthrough software architecture developed by Parallelz to instantly transform native mobile applications into native web applications, without any compromise to visual quality or user experience.

Why does it matter?

What counts here is that installing an app is frequently a big impediment to quick enjoyment. When asked how many applications they’ve downloaded in a week, most people would reply none, according to Lai. This is too big of a barrier, and it prevents games and applications from being used as much as they could be. You can’t additionally deep connect into the most thrilling portion of a game or the level your friend is now playing. And you could share that link with an influencer or a spectator to instantaneously enter them into a game.

This allows for the return of virality as the main means of getting applications and games noticed. Instead of spending a lot of money on marketing to reach elusive people (especially now that Apple is emphasising user privacy), developers may once again rely on virality.

“The fascinating thing about CPI (cost per install) and stuff in ad tech design are that it has inverse economies of scale as you expand,” Lai explained. “The more people you want and the faster you want them, the more expensive each install gets.” The exact reverse is true of virality.”

What exactly does this mean? Developers will not be required to pay a 30% tax to Apple or Google for app store costs. And because businesses won’t have to spend 40% of their income on user acquisition, a lot more of the money earned by their applications and games will stay in the pockets of the creators.

Lai stated that his business supports WebGL and wants to embrace any future open standards as the technology advances. The startup views itself as creating a parallel universe to the app shops, hence the name Parallelz.