After an open letter criticising CEO Elon Musk was uploaded and circulated by some of their coworkers in an internal conversation, more than 400 SpaceX employees signed onto it in less than a day and a half. 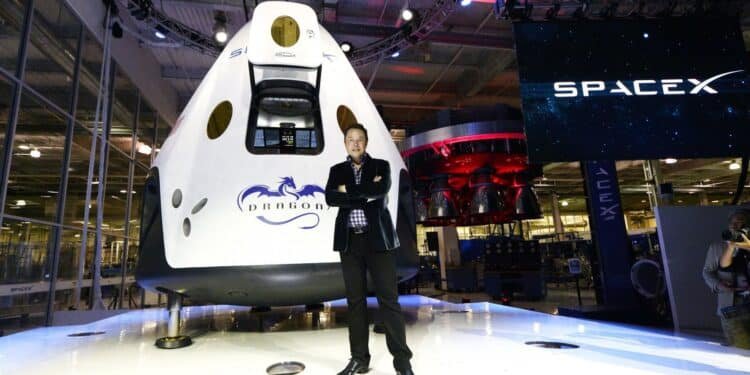 After an open letter criticising CEO Elon Musk was uploaded and circulated by some of their coworkers in an internal conversation, more than 400 SpaceX employees signed onto it in less than a day and a half. The internal landing page for the document was taken offline just 32 hours after it was posted, around the same time that a group of employees were fired for their role in crafting and sharing the letter, a move that may have been illegal.

At noon Eastern, the open letter went live on an internal landing page, and a small group of employees shared it with about ten Microsoft Teams chat rooms and one email list. The contents were brash: the employees claimed that Musk’s recent behaviour had caused humiliation and distraction for the organisation. The letter writers suggested that SpaceX separate itself from Musk’s Twitter presence and do a better job of holding executives and perpetrators of sexual harassment accountable.

“A vast number of employees across a lot of demographics, roles, and levels helped create the letter,” according to an unnamed employee who worked on the letter. Employees were given the option of taking a survey or scanning a QR code to sign the document.

The paper was shared on the largest Teams channel, which had around 2,600 people, mostly engineers, while the other Teams channels were rather tiny. The letter’s authors also intended to distribute a stack of physical copies of the letter, which had QR codes for people to scan, across the manufacturing and food service areas. According to one of the people involved, no one was brave enough to hand them out before the firings started. There were also fears that posting copies of the letter would be interpreted as union organising and that security cameras in the SpaceX building would disclose who distributed them. The writers estimated that 3,000 unique people came to their site before the landing page was taken down.

According to one individual involved, while the document received 404 signatures, many more people contacted those who published the letter on Signal, in person, and through Teams, saying they would sign if they could afford to be fired right now. Another Musk business, Tesla, fired an employee in 2017 for passing out leaflets encouraging employees to join a union. Musk also tweeted in May of this year that Tesla will be building a “hardcore litigation department” that would “directly initiate and execute lawsuits.”

Their worries were realised, as at least five SpaceX employees were fired as a result of their involvement with the letter. Gwynne Shotwell, SpaceX’s president, then wrote an email to the company, criticising the paper and alerting them of the layoffs.

“We have too much important work to do and no need for this kind of overreaching activism,” Shotwell wrote. “Our current leadership team is more dedicated to ensuring we have a fantastic and ever-improving work environment than any I have seen in my 35-year career.” She stated, like the letter writers, that the letter, not Musk’s behaviour, was a source of distraction for SpaceX, which has a hectic schedule in the coming days and weeks.

Shotwell also claimed in her email that other employees who were not participating in the letter were made to feel uneasy, intimidated, and coerced into signing it. Two of the people who worked on it, who spoke on the condition of anonymity, reject that notion. They claim that all they did was publish the letter to the Teams channels, directing people to it and asking for help.

“There was no pressure put on anyone to collect signatures,” stated one anonymous employee who assisted in the letter’s creation. “Either the open letter stands alone or it doesn’t.

The word of the employees’ terminations has circulated throughout the organisation, and a few current employees have expressed their disappointment with the management’s actions.

“I do feel like, moving forward, anybody who doesn’t 100% agree with Elon will have to keep their mouth shut or quit the firm, which is incredibly sad,” one SpaceX employee tells The Verge. “We all admire his genius, but his social behaviour is intolerable, and we find ourselves proud and ashamed to work with SpaceX.”

PayGlocal, a fintech firm, has raised $12 million in funding from Tiger Global, Sequoia Capital, and BEENEXT