Starting Your Development Journey Into The World Of Web3 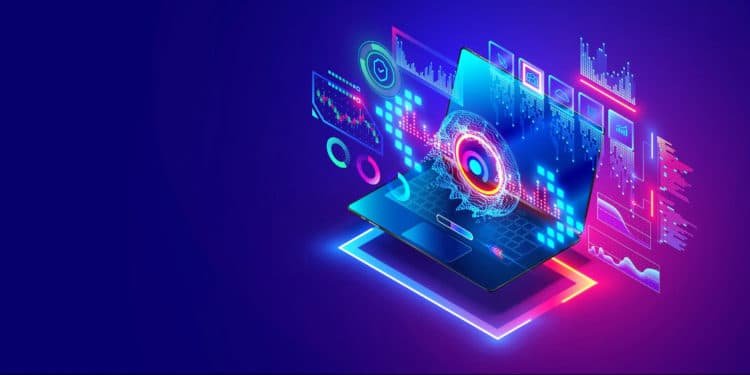 Web3 is the moniker given by some technologists to the concept of a new type of internet service developed utilising decentralised blockchains — the shared ledger systems used by cryptocurrencies such as Bitcoin and Ethereum.

According to the more optimistic, it would alter the internet as we know it, upending established gatekeepers and ushering in a new, middleman-free digital economy.

However, other opponents argue that it is nothing more than a crypto rebranding exercise aimed at discarding some of the industry’s cultural and political baggage and convincing people that blockchains are the inevitable next phase of computing.

Many people believe that Web3 is the next phase in the growth of the Internet.

Why Are So Many People Talking About Web3 All of a Sudden?

Part of it is due to the standard combination of hype, marketing, and fear of losing out on the next great thing.

Web3 will, according to the tale, replace these controlled, corporate platforms with open protocols and decentralised, community-run networks, merging the open architecture of web1 with the public engagement of web2.

Crypto investor Li Jin and writer Katie Parrott sketched the web3 vision this way: “If the pre-internet/web1 era favored publishers, and the web2 era favored the platforms, the next generation of innovations — collectively known as web3 — is all about tilting the scales of power and ownership back toward creators and users.”

How Do Web3 Proponents Actually Envision That Happening?

Web3 supporters say that a blockchain-based internet would be superior to the present internet in a variety of ways. First, they claim that web3 platforms will allow creators and consumers to monetise their activities and contributions in ways that current mega-platforms do not. Today, Facebook, for example, generates money by gathering user data and selling tailored adverts.

A web3 version of Facebook might enable users to sell their own data or even receive cryptocurrency “tips” from other users in exchange for uploading attractive material. Second, supporters say that web3 platforms can be democratically administered in ways that web2 platforms cannot.

A blockchain-based social network may delegate certain choices to users, who could then vote on how they should be handled. Third, they claim that web3 would be less reliant on advertising-based business models than web2, giving users more privacy by having fewer trackers and targeted adverts following them about and fewer huge firms scooping up their personal data.

So What Does It Take to Become a Web3 Developer?

Because Web3 is based on Distributed Ledger Technology (DLT), it is important to grasp the advantages of developing in that environment. DLT is recognised for fostering transparency and traceability while enhancing transaction speed (or, in this case, online search) and lowering costs.
Many Web3 project developers believe that reading the Ethereum and Bitcoin whitepapers is the only and best approach to better comprehend the complexities of DLT. They go through the ins and outs of each platform and its numerous components.
Furthermore, each DLT is unique and has its own set of regulations and standards. These distinctions might vary from the principal programming language to the precise standards to which developers must conform.

Sticking to a single DLT environment, whether blockchain or otherwise, at first may assist developers to obtain a more focused grasp of the underlying technology. Trying to understand a lot of various nuances helps keep you from being too thin.

Deciding on the Development Stack

Deciding Whether You’re Going Alone or Joining Someone Else

Learning is difficult in and of itself, but producing and implementing what you’ve learned is an altogether different challenge. Not only does uploading code cost tokens, but it can also be difficult (if not impossible) to alter once it has been implemented.

If they are actively watching, projects will frequently announce their vacancies on their social media pages. Even if a project isn’t actively seeking applicants, there may be a possibility for them to join the team by joining them on their Discord servers.

When merging your efforts with those of others, you must make many concessions, as with any creative undertaking. If you value creative freedom and independence, starting your own enterprise would be a better bet. The Hackathon team was able to put together a comprehensive software in a fraction of the time that it would have taken if they had gone it alone with no direction.

Web3 Development is the Place to Be

Web3 is the future, even if it is still in its infancy. More firms than ever before are looking to recruit developers. It’s critical to have the resources and core knowledge to thrive in this booming business, whether you’re promoting yourself to companies or developing your own Web3 project.

What Are Some Other Objections to Web3?

Some critics just feel that web3 makes no sense from a technological standpoint. They claim that blockchains are far slower and less competent than traditional databases, and that today’s most popular blockchains couldn’t even begin to handle the amount of data that Uber, Facebook, and YouTube utilise on a daily basis. They claim that in order for web3 services to work as effectively as users want, centralised services must be built on top of them, which defeats the point entirely.

Some argue that web3 is an attempt by affluent investors to pay lip service to decentralisation while creating new, centralised services that they control – thus making themselves the new intermediaries.

What Do Regulators Have to Say About Web3?

So far, not much, albeit the subject was raised during a recent congressional hearing.

However, once regulators begin to pay notice, the industry may face difficulties. One potentially major issue is that crypto tokens, which are essential to many web3 apps, are now operating in a regulatory grey area in the United States. Some authorities, notably Securities and Exchange Commission Chairman Gary Gensler, have claimed that many tokens are unregistered securities and that platforms that provide tokens should be subject to the same laws as firms that issue stocks and bonds.

Tokens, crypto businesses argue, should be recognised as a new type of asset, not protected by existing securities rules. However, it is unclear if they would prevail in this debate. If US web3 startups are obliged to consider their tokens as securities, many of them may be forced to close, modify their products, or relocate to another country.

How is Web3 Related to the Metaverse?

If you’ve been following along, the phrase “metaverse” refers to immersive digital environments where users may communicate, play games, attend meetings, and conduct other things together. It’s the idea stated by Mark Zuckerberg when he announced Facebook’s name change to Meta.

And other crypto supporters feel that web3 is a necessary component of the metaverse because it will enable the formation of metaverses that are not owned by a single firm or regulated by a single set of laws.

If the web3 crowd gets its way, many items in the metaverse may also be crypto tokens. An NFT might be your metaverse avatar. Your metaverse home may come with governance tokens or entitle you to join a local DAO. That mortgage may even be bundled as a mortgage-backed security token and traded on a decentralised exchange.