Sync Computing, claims to be the first to directly link business objectives such as cost and runtime reduction to low-level infrastructure configurations. 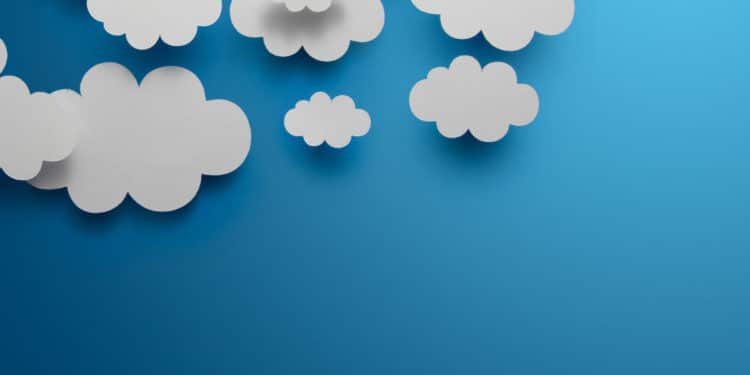 After a pandemic-driven surge in business cloud use, expenses are now being scrutinised. According to a recent research conducted by observability software company Pepperdata, more than a third of firms report cloud budget overruns of up to 40%. According to a second Flexera poll, improving existing cloud service utilisation is a high priority for 59% of firms, with cost being the primary motivator.

A mini industry of firms has cropped up around cloud computing optimization. However, one competitor, Sync Computing, claims to be the first to directly link business objectives such as cost and runtime reduction to low-level infrastructure configurations. The company was founded as a spinoff from MIT’s Lincoln Laboratory.

Costanoa Ventures led a $12 million venture fundraising round (plus $3.5 million in debt) for Sync today, with participation from The Engine, Moore Strategic Ventures, and National Grid Partners.
Prior to starting Sync, co-founders Jeff Chou and Suraj Bramhavar both served as technical staff members at MIT Lincoln Laboratory. Bramhavar came to MIT via an Intel photonics research job, while Chou co-founded another business, Anoka Microsystems, which is developing a low-cost optical switch.

Sync arose from Lincoln Lab inventions, including a way to speed a mathematical optimization problem typically seen in logistics applications. Sync goes deeper, Chou and Bramhavar explain, with app-specific details and suggestions based on algorithms meant to “organise” the proper resources, whereas many cloud cost solutions either give advice for high-level optimization or allow processes that modify workloads.

“[We recognised] that our approaches can greatly enhance resource efficiency of any large-scale computing systems,” Chou explained. “As Moore’s Law slows, this will become a critical technical stumbling block.”

Sync, according to Chou, doesn’t need much historical data to start improving data pipelines and delivering low-level cloud resources. For example, he claims that some clients have sped their Apache Spark tasks by up to 80% using only data from a single earlier run – Apache Spark being the popular analytics source engine for data processing.

Sync just announced the availability of an API and “autotuner” for Spark on AWS EMR, Amazon’s cloud big data platform, and Databricks on AWS. Databricks self-service support for Azure is in the works.

“With the release of our public API, customers will be able to programmatically apply the Sync autotuner to a large number of tasks and provide continuous monitoring of [cloud environments] with bespoke integration,” Chou said.

“The C-suite is concerned about cloud computing expenses, and our Sync autotuner helps to manage these expenditures while simultaneously boosting the output of data science and data analytics teams… Additionally, the software enables data engineers to swiftly adjust infrastructure settings to fulfil business objectives. For example, teams may need to save expenses and de-prioritize runtime one day, but the next, they may have a strict deadline and must accelerate runtime. This is possible using Sync with a single click.”

Sync originally used its technology at MIT’s Supercomputing Center before moving on to work with bigger government high-performance compute centres, such as the Department of Defense, with whom it has a $1 million contract.

Sync now claims to have over 300 registered users on its self-service app and “a few dozen” design partners testing and offering input, including Duolingo and engineers from Disney’s Streaming Services department.

“The pandemic and current economic climate have benefited Sync, since managing cloud expenses through greater efficiency is now a primary priority for many cloud software-as-a-service-native enterprises.” “Many firms are on hiring freezes and want a ‘easy button’ to reduce cloud expenses without adding strain or overhead to teams that are already overburdened,” Chou explained. “With the recent economic slump, demand for Sync’s innovative approach has surged substantially, with big business clients already adopting it.”

Our primary difficulty is for developers and CTOs to see how unique what we’ve produced is and to recognise how both can profit significantly from adopting it.”

Chou claims that the current round of investment, which brings Sync’s total money collected to $21.6 million, would be used for client acquisition, marketing and sales, product development, and R&D, including connections with existing engineering workflows. Sync now employs 14 workers, which Chou intends to increase to 25 by the end of the year.