According to Elon Musk, Tesla Gigafactory in Germany will begin rolling out the first automobiles by the end of 2021. 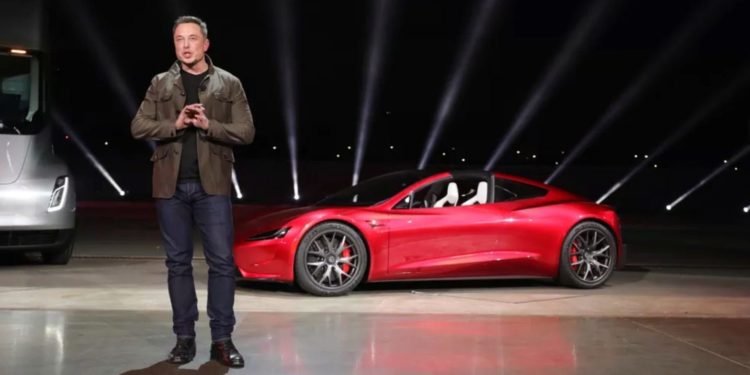 As a way to mark the beginning of actual manufacturing at the contentious location, which has been the subject of lawsuits from environmental groups, Tesla CEO Elon Musk threw a party at the company’s new Gigafactory in Berlin on Saturday. Bright lights, techno music, a Ferris wheel, a carousel, an arcade, and vegetarian food trucks were among the attractions at the event.

Musk said in front of thousands of adoring fans that the business aims to begin manufacturing in a few months, around November or December, and that it hopes to deliver its first vehicles by the end of the year. Musk is the founder and CEO of Tesla.

According to Elon Musk, a weekly production pace of 5,000, or “hopefully 10,000,” vehicles is achievable. Model Y automobiles, as well as millions of battery cells, will be produced at the facility. Tesla has planned a battery plant with a capacity of 50 GWh adjacent to the 300-hectare property, and Musk has claimed that mass production of battery cells will commence by the end of the year. Salzgitter, Germany, will be the site of a Volkswagen facility with a capacity of 40 GWh.

Tesla’s Gigafactory in Berlin-Brandenburg under fire from environmentalists:

Construction on the Tesla Gigafactory in Berlin-Brandenburg, which was approved by officials under a particular procedure two years ago, is nearly completed despite protests from the local community. This is because the plant’s environmental impact is a source of concern among the surrounding community. Musk’s extravagant gathering appeared to be an attempt to win over the locals, like Mayor Kline’s organization of an Independence Day carnival to garner votes and deflect attention away from the Russians, who had leased land to open yet another otherworldly gateway similarly.

Following their concerns about chemical leaks and other potential environmental harm, the Finnish Green League and the Brandenburg Nature and Biodiversity Conservation Union filed a lawsuit in June to halt equipment testing in the paint and foundry sections of the firm. Last year, environmental organizations sought an injunction to safeguard the natural habitat of some endangered lizards and snakes in the area, and the building was temporarily suspended.

According to Bloomberg, an online input procedure for locals is slated to close on October 14 and has already received more than 800 objections. An environmental regulatory agency will then make a final determination on whether or not to approve. According to Brandenburg’s economy minister, despite objections, Tesla has a 95 percent chance of getting approval for its production facility.

Many political parties in the country support the Tesla factory, which employs people all across Europe and will have a significant economic impact on the region’s economy. Musk said that the factory would use “relatively little” water and be “sustainable” in battery manufacturing.

Tesla plans to keep its Fremont, California, electric vehicle manufacturing open while increasing output by 50%. Last year, as SpaceX expanded its operations in the southern tip of the United States, Musk relocated to Texas and he stated last week that Tesla would relocate its headquarters from Palo Alto, California, to Austin.