Are You Hearing Things — does the Twitter app chirps now?

You’re not hearing things — yes, the Twitter app chirps now when a user refreshes their feed. 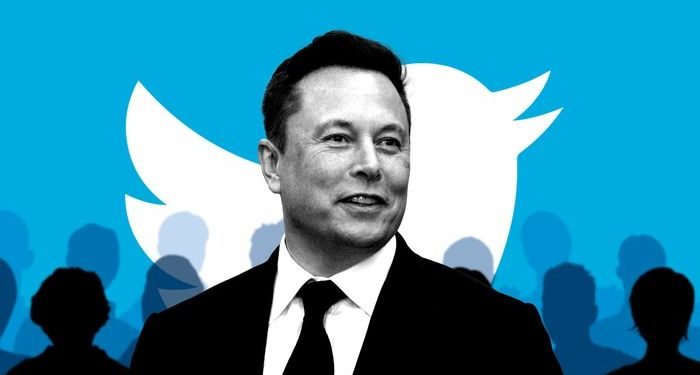 Jack Dorsey, co-founder of Twitter, had an idea in 2006: he would establish an SMS-based communications network where friends could keep track of each other by posting statuses. Twitter began as a concept that was all too similar to texting.

During the 2007 South By Southwest Interactive conference, more than 60,000 tweets were exchanged, demonstrating Twitter’s phenomenal growth. The Twitter team used the conference to start building their user base.

Because Twitter originated as an SMS-based site, the 140 character restriction (now raised to 280) was set by cell carriers, not Twitter.

However, when Twitter evolved into a web platform, they maintained the restriction solely because it fit with the Twitter brand: Twitter is a platform that tries to provide very skimmable material for our tech-heavy, attention-deficit modern world.

With 100 million daily active users and 500 million tweets published everyday, Twitter is without a doubt one of the most popular social networking networks accessible today.

Twitter has risen at an exponential rate over the last decade or so. Twitter’s main goal is to share information quickly. It may be used to receive news, follow high-profile celebrities, or keep in touch with old high school classmates.

Twitter is an online news and social networking platform where users exchange brief messages known as tweets. Tweeting is the practise of sending brief messages to anybody who follows you on Twitter with the hope that your comments may be beneficial and engaging to someone in your audience. Microblogging is another term for Twitter and tweeting.

Some individuals use Twitter to find interesting people and businesses online and choose to follow their tweets.

In recent months, the social media giant Twitter has been attempting to enhance its entire user experience. It has a few new features in the works, as well as some app improvements.

Twitter’s main draw is its scannability. You may follow hundreds of interesting Twitter users and read their information at a glance, which is great for our attention-deficit society.

To keep things scannable, Twitter uses a message size restriction: each microblog tweet entry is restricted to 280 characters or fewer. This size limit encourages the concentrated and intelligent use of language, making tweets quick to peruse yet difficult to produce. Because of this size limitation, Twitter became a popular social tool.

Twitter’s app now generates a chirping sound when users refresh their feeds, according to a new update. Both Android and iOS users may hear the new chirp noises on the mobile app. The Twitter iOS app was seen to make various unique noises while users went around the app. A slight windup trill sound is heard as users pull their feed to refresh. The app makes a confirmation chirp sound when the feed is refreshed. Whereas chirping is occasionally heard in Android, a second new noise was identified.

The new noises in Twitter’s app have yet to be formally released. As a consequence, it’s unclear when the additional noises were available to consumers. According to the study, messages regarding the new chirp noises began to flood Twitter as early as Friday.

Users must ensure that their app is up to date in order to hear the new Twitter chirp sound. However, if a user is not hearing the new noises, they need not be concerned because Twitter is gradually rolling out the functionality to new users.

Twitter, among other things, allows you to see the world through the eyes of someone else.

People in Thailand may send forth tweets when their cities flood. Your soldier cousin in Afghanistan may recount his wartime experiences; your travelling sister in Europe may share her daily finds; or a rugby friend may tweet from the Rugby World Cup. These microbloggers are all mini-journalists in their own right, and Twitter provides a forum for them to broadcast a steady stream of information directly from their laptops and cellphones.

Thousands of individuals use Twitter to promote their recruiting services, consulting firms, and retail outlets, and it works.

The modern internet user has grown bored of television commercials. People like advertising that is quick, unobtrusive, and can be switched on and off at any time. Twitter is just that; after you understand the complexities of tweeting, you can use Twitter to generate fantastic advertising results.

Twitter is a social networking platform, but it is more than just instant messaging. Twitter is all about meeting new people from all around the world. It may also be about gaining a following of individuals who are interested in you and your business or interests, and then supplying that following with some information value on a daily basis.

Twitter has become one of the most popular social media platforms due to its ability to be both personal and quick. Celebrities use Twitter to engage with their followers on a more intimate level.

Their frequent updates build a sense of connectivity with their followers, which is effective for advertising as well as intriguing and inspiring for those who follow the celebrities.

Twitter is frequently used to disseminate breaking news swiftly; at times, it is even faster than established media channels at disseminating revolutionary information.

Twitter is a hybrid of instant messaging, blogging, and texting, but with shorter messages and a larger audience. If you consider yourself a writer with anything to say, Twitter is a venue worth investigating. If you don’t want to write but are interested in a celebrity, a certain hobby topic, or even a long-lost relative, Twitter is a good place to start.