Bolt raised funds with the help of a number of investors, including Sequoia, Tekne, and Ghisallo, as well as G Squared, D1 Capital, and Naya. 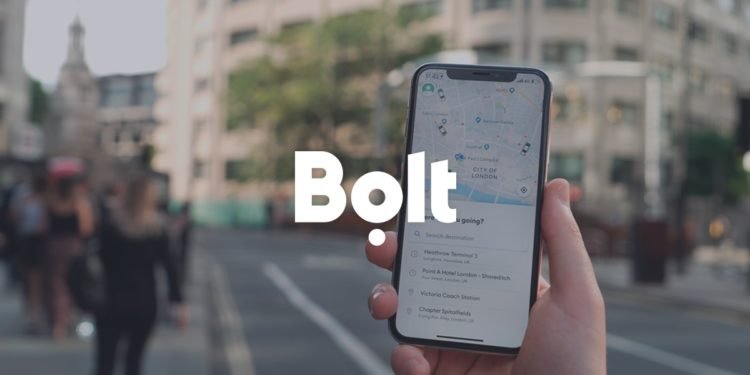 Estonian micro-mobility expansion Bolt has announced the completion of a €600 million financing round, raising the company’s worth to more than €4 billion. The cash will be utilized to expand their existing mobility and deliver goods as well as to expand their new food delivery business, Bolt Market.

The funds were raised with the help of a number of investors, including Sequoia, Tekne, and Ghisallo, as well as G Squared, D1 Capital, and Naya.

Bolt, founded in 2013 by Markus Villig, began as a ride-sharing cab app and now has over 50 million subscribers in over 40 countries. Bolt announced a collaboration with Google in February of this year to show in the Google Maps route planner, providing it even more awareness and is also rapidly expanding across Africa.

As part of Bolt’s Green Plan, a long-term commitment to decrease the company’s ecological footprint, all Bolt rides in Europe are carbon-neutral. They now provide a car-sharing service, Bolt Drive, as well as scooter and e-bike sharing, in addition to their primary ride-hailing offering. Bolt Food, which allows consumers to order meals from restaurants, is one of their delivery services, while Bolt Market, a grocery delivery service, is the most recent addition to the Bolt ecosystem.

Over the following few months, Bolt Market will be introduced in ten European nations, including the Baltics and Central Europe, Sweden, Portugal, Croatia, and Romania.

Bolt is an Estonian mobility business located in Tallinn that provides vehicle for hire, micromobility, car-sharing, and food delivery services in over 300 cities across 45 countries in Europe, Africa, Western Asia, and Latin America. The firm has 75 million consumers worldwide, and over 1.5 million drivers utilize the Bolt platform to provide trips.

Bolt Over the Years

Markus Villig (then 19 years old and a high school student) established Bolt (then called Taxify)  in 2013 with the goal of aggregating all Tallinn and Riga taxis onto a single platform. He recruited a developer to help him start the firm, which was then named mTakso, with €5,000 from his parents, who also assisted him by providing customer assistance outside of their usual working hours. The service was started in August 2013, and it expanded to international lands in 2014.

Bolt began its services in London in 2017 by acquiring a local taxi business with a license to operate but was forced to close its doors by Transport for London. In June 2019, the firm reopened in London after filing a fresh license application.

The firm announced its expansion into dockless electric scooters in September 2018 and debuted them in Paris. The firm also stated that it intended to deploy scooters in many additional European and Australian locations where the app was already established, but that it would also debut in new countries where vehicle-for-hire services face substantial legal obstacles, such as Germany and Spain.

Bolt re-launched in London in June 2019, with 20,000 drivers enrolled on the platform. Bolt Meal, the company’s food delivery service, was launched in August 2019. Bolt Food began operations in Tallinn, Estonia, with ambitions to extend to other cities in Europe and Africa later this year.

Bolt launched its “Green Plan” in September 2019, an attempt to decrease the environmental footprint of the transportation sector and Bolt as a company. The Green Plan targets include reducing Bolt’s contribution to the European transportation sector’s CO2 emissions by at least 5 million tonnes by 2025 and introducing more green ride-types for passengers to select from.

Bolt was placed third in the Financial Times’ FT 1000: Europe’s Fastest-Growing Companies in March 2019 and 2020. Bolt Drive, a car-sharing service, was introduced in May 2021.

Bolt’s CEO, Markus Villig, stated, “Bolt’s aim is to make urban transport inexpensive and sustainable.” We are constructing a future in which people are not compelled to own automobiles that generate traffic and pollution, but instead, utilize on-demand transportation as needed.

After seven years of unwavering execution, Bolt’s mobility and delivery solutions provide a superior option to nearly every use case that a car serves. I’m overjoyed to be able to deliver these items to millions of customers in Europe and Africa, moving the focus away from automobiles and giving cities back to the people.”