Microsoft has claimed that Sony pays developers for “blocking rights” in return for them agreeing not to put their content on its Xbox Game Pass subscription service. 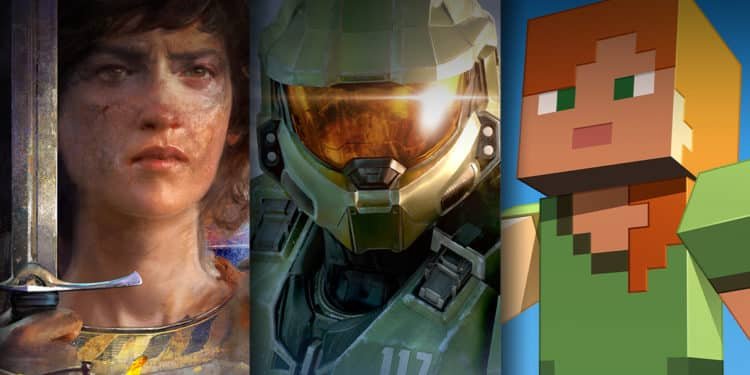 When it comes to gaming, Microsoft and Sony are formidable rivals. The Xbox vs PlayStation dispute is more than just a discussion; it’s a real competition in the gaming business, so much so that one company may be paying creators to keep titles off the other’s platform.

Sony, according to Microsoft, pays for “blocking rights” to prevent developers from adding their games to Xbox Game Pass. The startling accusations are included in documents (Word doc) submitted to Brazil’s national competition commission as part of an investigation into Microsoft’s acquisition of Activision Blizzard.

“Sony’s determination to stifle such expansion has impeded Microsoft’s ability to continue developing Game Pass,” Microsoft alleges in an August 9th submission to the Administrative Council for Economic Defense (CADE).

“Sony pays for ‘blocking rights’ in order to keep developers from providing content to Game Pass and other competitive subscription services.”

The arrangement that Microsoft is referring to is standard in the business. Contracts for publishing are complicated, and the advent of subscription services like Game Pass or PS Plus adds another layer of complication to any agreements between studios, publishers, and firms who run platforms like Xbox and PlayStation. It’s most certainly not a diabolical Sony plot, but rather business as usual in an industry where timed and console-exclusive arrangements are common.

Microsoft’s response comes just days after Sony said that if Microsoft’s proposal to buy Activision Blizzard, and hence the Call of Duty series, is completed, its players will go to Xbox. Microsoft has denied that claim and previously stated that it would continue to support Call of Duty on PlayStation “beyond the existing agreement” and in the future.

Is this to imply that Sony is wicked and Microsoft is casually divulging some nefarious business practises? On both sides, the reality is probably a little more convoluted. Sony may just be paying for exclusive rights to its own streaming services, or it may have terms in some publishing contracts that preclude some of the games it publishes from being published on competing subscription services.

It’s unclear what Microsoft is talking to here, but contracts for publishing games may be complicated, especially when streaming and subscription service rights are involved. According to documents submitted in last year’s Epic Games v. Apple lawsuit, Microsoft was proposing decreasing the revenue split for PC games “in exchange for the concession of streaming rights to Microsoft.”

If Microsoft had gone forward with its intentions, it might have secured exclusive streaming rights to specific games, prohibiting them from being available on competing streaming platforms. It all depends on how publishing contracts are drafted, and both Microsoft and Sony often get game exclusives that include scheduled releases, platform exclusivity, and a large marketing budget.

Microsoft is hoping to persuade Brazil’s CADE regulator to approve the company’s proposed $68.7 billion acquisition of Activision Blizzard. The email is confidential while the Federal Trade Commission (FTC) investigates Microsoft’s acquisition in the United States. That is not the case in Brazil, where the country’s competition commission makes public records that provide unique insight into Microsoft and Sony’s commercial competition.

Over the last week, Xbox and PlayStation enthusiasts have reviewed documents from Brazil’s CADE, with posters on ResetEra emphasising the juicy bits. The regulator has inquired about the Activision Blizzard deal from Sony and other Microsoft competitors.

Sony previously told Brazil’s regulator that it would be impossible for other developers to establish a series that could compete with Activision’s Call of Duty and that it stood out “as a gaming category on its own.”

Naturally, Microsoft disagrees, and Ubisoft, Riot Games, Bandai Namco, and Google have all cited Apex Legends, Battlefield, and other games as competitors to Call of Duty.

Microsoft also says that include Activision Blizzard content in Xbox Game Pass will boost competitiveness. “The inclusion of Activision Blizzard material in Game Pass does not affect the capacity of other participants to compete in the digital game distribution market,” Microsoft states in one document, arguing that it fosters competition by providing “high-quality content at a minimal cost.”

Sony has not yet reacted to this specific argument, but at $9.99 per month for Xbox Game Pass, it’s easy to envision users opting for that option to play titles like Call of Duty rather than spending $60 or more to purchase and own the game.

Microsoft also claims that not releasing titles such as Call of Duty on competing console shops “would simply not be viable” for the corporation. Microsoft has already said that Call of Duty will continue to be available on PlayStation. According to Microsoft, a policy of not releasing Activision Blizzard games on competing systems would be lucrative only if the games were able to draw a large number of players to the Xbox environment, resulting in income to compensate for losses from not selling these titles on rival consoles.

Whether Microsoft’s assertions regarding “blocking rights” are true or not, this isn’t the first time Sony has utilised financial incentives to stymie game creators. For years, Sony delayed PS4 cross-platform play and instituted a crossplay revenue share for publishers that wished to allow crossplay in their titles.

We’ll see whether Sony answers to what Microsoft claims in these documents, and this battle is likely to continue.